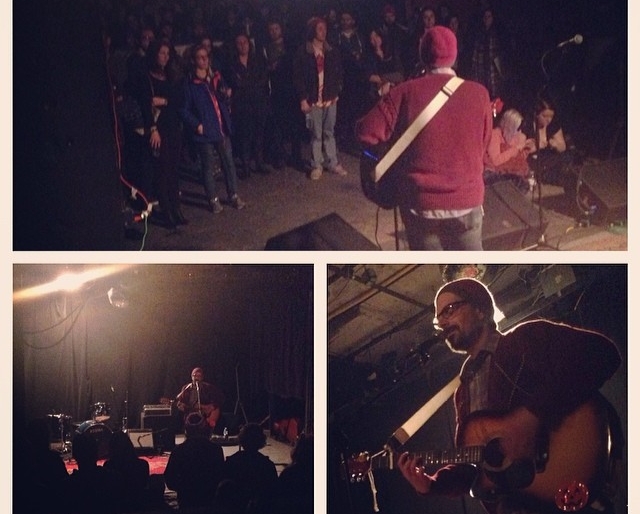 The Ghost in You | Photos by John Vettese

In a plaintive voice, Billy Polard sings “Save them from the dark in me. / Spare them from this misery. / They walk the earth on solid ground. / I won’t give in, I won’t back down.”

The stirring lyric opens the latest song from the singer-songwriter’s project The Ghost In You, and when you know that it stems from something very real and tangible, it becomes all the more powerful.

Polard released the single “We Are Selfish” just before Valentine’s Day on his Bandcamp page, and the timing is apt, since the song deals with the very real depths of depression that many of us face this time of year. With Pollard, the reasons behind his sadness were specific, as he tells us.

The lyrics for “We Are Selfish” stemmed from my thoughts about suicide and how that decision would affect my family and loved ones. In my darker times when it feels like an easy solution, I think about how in many ways, my life isn’t only my own. My Mother died from a heart attack recently and the hole that it left inside me isn’t anything I’d wish on my worst enemy. The thought of leaving my Dad of my own choice seems unfair and selfish. Not everyone has the clarity to think about those things in their time of despair, but I’m fortunate enough to have an outlet like writing music to get those feelings out in a constructive way. My sort of healthy way of dealing with those thoughts.

Like all of his songs songs, Polard wrote, recorded and performed the song at home in his bedroom, and it’s awash in the haunting minimalism and evocative reverbed ambience that made his 2012 album Wet Wood such a stunner. “I’m very protective of everything The Ghost in You,” Polard tells us of his process. “I probably wouldn’t ask for help even if I wanted it.”

It’s a telling statement from the creative standpoint, but from an emotional perspective, there’s another layer of meaning. As the season of seasonal affective disorder comes to a close, it’s important to remember that depression exists year round. Dull Dime’s Annual Winter Doldurms Festival did some great work building awareness in February, as did the punk compilation To Show That You’re Still Here. Let’s keep it on our radar, even as the days get sunnier; consider making a donation to the Philadelphia Chapter of the American Foundation for Suicide Prevention and keep an eye on your friends and loved ones, don’t be afraid to talk to them if they seem down.

Polard tells us that the track will be on the third LP from The Ghost in You, which he’s in the process of writing and recording, and hopes to release this year. In the meantime, on Saturday April 11th at Underground Arts, he gets to open a show for one of his songwriting icons, Jeremy Enigk of Sunny Day Real Estate – speaking of deeply emotional musicians. Tickets for the 21+ concert are on sale now, and more information can be found at the venue’s website.