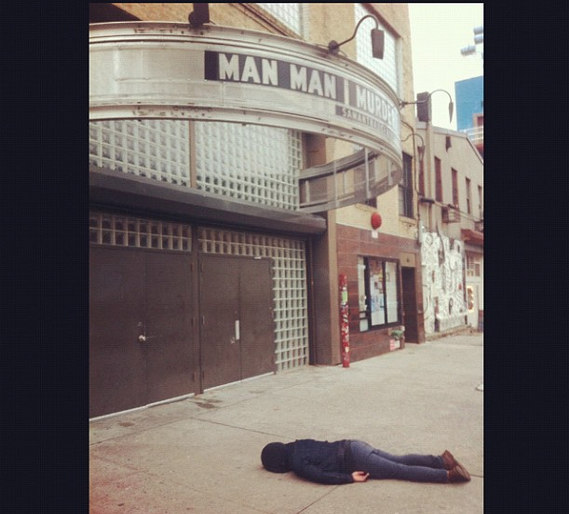 Honus Honus is #deadagain in Travel With Purpose

If you go back to a 2013 interview that Man Man‘s Ryan Kattner did with The Key, you’ll read a bit about the so-called “dead guy” pictures he posts on Instagram. Kattner (aka Honus Honus) lays down on his stomach, assumes the position (preferably with one shoe off) and posts the #deadagain photo for his followers to enjoy.The series has been such a hit that web-mag Culture Collide is featuring a handful of the pictures in their magazine Travel With Purpose.

You’ll see Honus under a shopping cart in a Connecticut Whole Foods parking lot, outside of a fake Prada store in the desert of Marfa, TX and, yes, there’s even one of Kattner in front of the Mona Lisa in the Louvre. Along with the photos, Honus tells a few stories of being on the road and the circumstances of each shot (“I think I’m just trying to be Laura Palmer. Minus the wrapped-in-plastic and being beautiful,” he says). Download a digital copy of the magazine here and follow Katter on Instagram @HonusHonus for more #deadagain pictures.