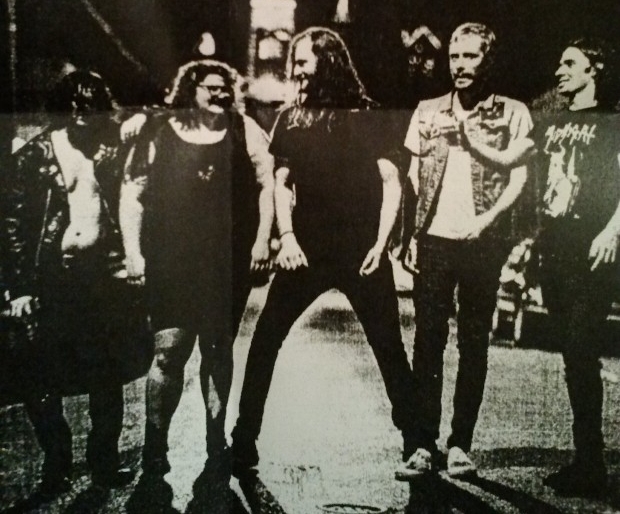 Sheer Mag, as pictured on the sleeve of their debut 7″

Since then, they released their debut seven-inch in September, ushering in a booming, raucous sound that landed them as winners of The Deli Magazine’s Best Emerging Artist of 2014 poll. Most recently, they were spotted on Rolling Stone’s January compilation of 10 New Artists You Need to Know. Oh, and they’ll be playing at the Austin, Texas festival SXSW this upcoming week… all from a band that emerged about a year ago and is yet to have a Facebook page.

Their half on / half off the grid vibe has enticed Philadelphians (and fans across the country), and their latest release “Button Up” is telling of their AC/DC-styled logo. It’s rock laced with just enough angst to also be punk. Listen below.

Catch the group opening for Ex Hex at Union Transfer on April 26.