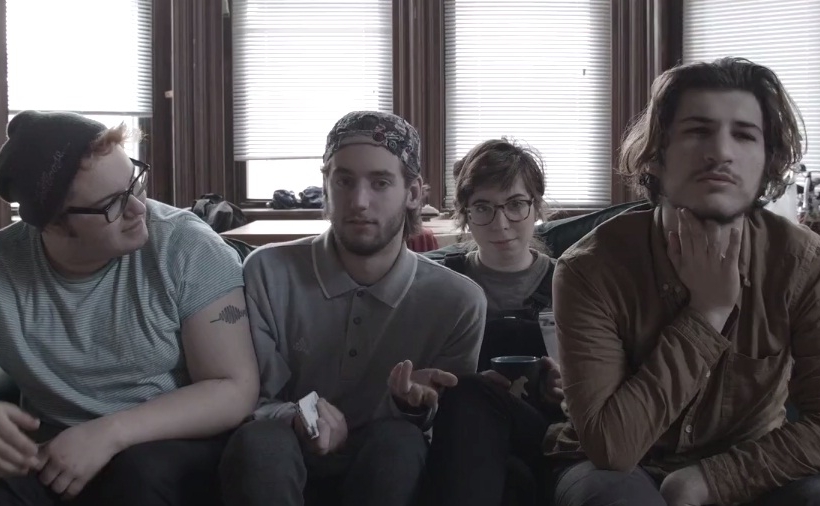 Directed by Michael Williams and Ryan Bender, the video shows the group performing the track in pumped-up glory, then sitting together on a couch, less amused, watching the footage on TV. Very meta of you, CMC.

The video is telling of the group’s laid back dynamic; they smile throughout the video, even when singing a song that opens with “And I get so scared of all this sadness.”

The music video trails the release of “FOOTWEAR.”

Cyberbully Mom Club will be at Johnny Brenda’s on April 7, alongside SALES and Abi Reimold. 21+.