mewithoutYou at the Depot 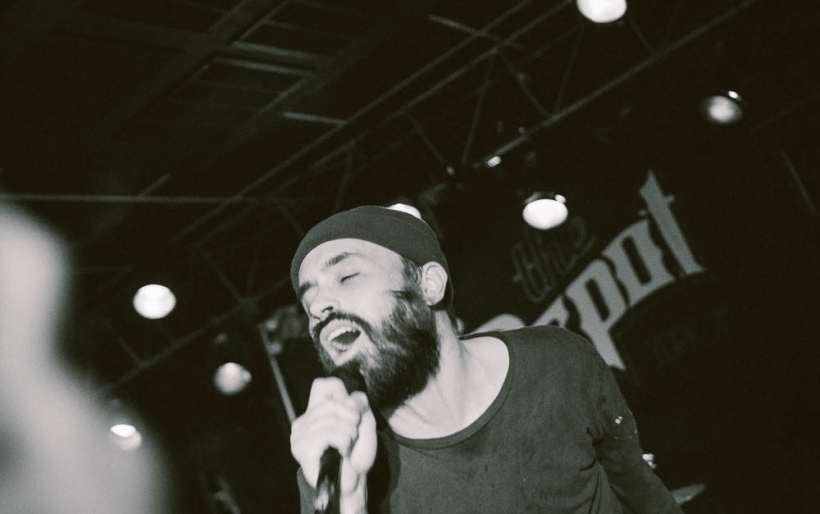 Listen To It: mewithoutYou set it off at The Depot

It’s funny, you know? They say “all circles end where they begin,” but sometimes you never really perceive life that way. I used to live in Central PA—not exactly a mecca for concerts. The first time I saw mewithoutYou was at a dive bar in York called The Depot, two or three years back. After that experience, I found myself road-tripping increasingly more and more often to Philadelphia or DC to see them. Living in Philly now, I can catch a mewithoutYou hometown show two or three times a year, but when I heard they were playing the Depot again, I knew I just had to be there again. So I grabbed The Key’s John Vettese and Rachel Del Sordo and we shipped out to York for the gig. Last night, I went full-circle.

There’s nothing quite like seeing mewithoutYou in a tiny venue—and the rooms don’t get much smaller than The Depot. With a capacity of 200 or so, on the sad side of a lonely town, it’s an unlikely place for a band that regularly sells out rooms of 1,000 or more. But even though their upcoming tour with Dr. Dog will put them on legendary stages like that of The Ryman Auditorium in Nashville, the band loves to take a step back and get back to basics. No barricades, no high stages, no fancy lighting rigs or backdrops—just the music and a handful of sweating, screaming fans.

And nothing gets mewithoutYou fans going like the old stuff. Kicking things off with Catch For Us the Foxes classic “My Exit, Unfair,” Aaron Weiss and the crew hit the ground running. I didn’t recognize the next one—not at all a bad thing. My jaw hung open as they pounded out a brand new song; the churning guitars of Brandon Beaver and Mike Weiss, coupled with hard-hitting drumming from Rickie Mazzotta paved the way for Weiss’ raging vocals—and complimented well by the higher tones of bassist Greg Jehanian’s voice, as well.

After a couple of more melodic Ten Stories tracks, and Brother, Sister jammer “A Glass Can Only Spill What It Contains,” we got our second taste of the upcoming sixth LP. This one was much different than the first new song they played, and featured Aaron strapping on his acoustic guitar to set a more sing-song-y tone for the number. Not quite as folksy as It’s All Crazy material, this track—“Magic Lantern Days”—isn’t really directly comparable to anything they’ve done before. It seems they’re setting the stage for LP6 to be neither here nor there—neither a pure rager or a wholesome folk-down.

Smiling, Weiss took a break to thank everyone for coming and said “Well this is our first show since completing our next album,” and note how excited the band was for the next step. I couldn’t help but notice that the set marked a transition from some of their shows that I’ve seen in the last year. We’re fully out of the Ten Stories era. And it’s time. On Reddit, mwY manager Mike Almquist put it this way: “I wouldn’t call LP6 a retread of Brother, Sister and Foxes but it works more within the pantheon of those albums.” So theoretically, we’re seeing the sonic stylings of classical mewithoutYou, informed by the storytelling and refinement inparted age and late-period experiences. Besides trying out some new material, playing an intimate room to a packed crowd of engaged fans also let the band feel a little more comfortable. Always vibrantly expressive, Aaron Weiss whipped about the small stage per usual, jerkily dancing and flailing as his whims commanded. He was a bit more relaxed than usual, bantering and carrying on some.

During “O, Porcupine” at the very end of the night, there’s a part where Aaron always hushes the crowd and lets the tension hang for some time before the song kicks back in and the crowd goes nuts. An overzealous fan took it upon herself to quiet any rouge crowd members by yelling “Shut the f—k up!” to which Weiss put his hands on his hips and looked about, bemused. Instead of dropping back into the song normally, Mazzotta missed his drum cue—laughing, perhaps? Either way, the song fell apart, which Weiss took as an opportunity to banter. “Well that’s the power of a well-timed F-word, I suppose,” he said. “You know originally that song did actually have one in there, thanks for putting it back in.” He went on, asking “Well, I’ve only got one ‘Listen to it’ in me for each night, so would you like to do the honors?” and held out the mic to the abashed fan. She nailed it and Rick nailed his drum cue and we all went nuts, all the more ready after the couple minutes of interlude. A few lines later, where he would normally sing “you’d be well inclined/not to mess with me,” he instead smiled, pointing in her face and screaming “not to f—k with me!”

And not too long after that, it’s over. With a smile and a wave, the band members trot off the tiny stage and into the back room behind. I say goodbye to some Central PA friends, pack up my camera and head out into the night. It’s a long drive back to Philly and there’s work the next morning. But, I’m not complaining. Not in the least. There’s not many bands I’ll roadtrip two hours for—let alone on a work night—but mewithoutYou will always be at the top of that short list for me. York, especially, oddly enough. Having seen them nine or ten times now, those two shows—the beginning and end of my circle, if you will—have been some of the very best. 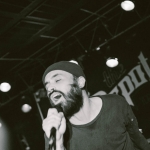 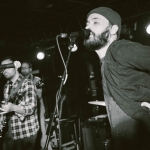 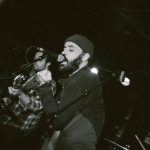 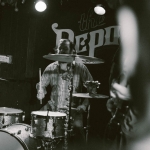 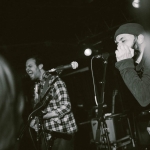 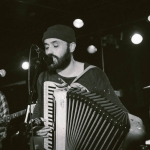 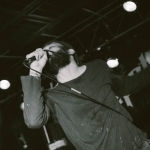 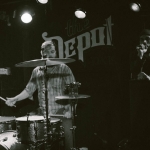 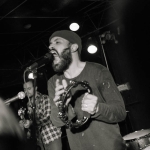 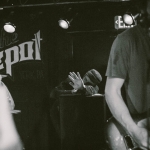 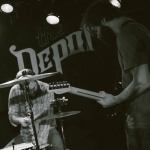 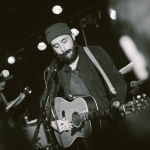 Encore:
The Fox, the Crow, and the Cookie
O, Porcupine