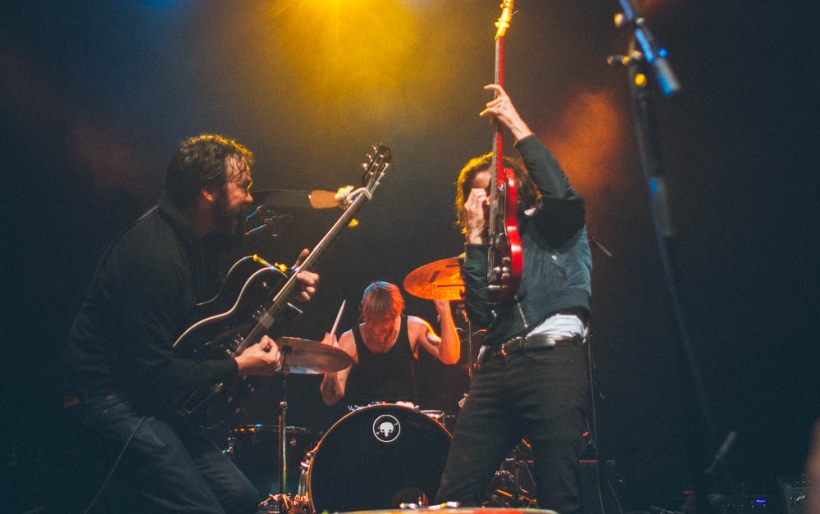 No Country For Old Americana: Shakey Graves at Union Transfer

Alejandro Rose-Garcia is a man of simple pleasures. He hoisted the can of Coors Light and toasted the crowd, throwing back a long sip. “I guess I should be drinking something a bit more locale-specific,” he chuckles. A few minutes earlier, he walked out onto the stage, wearing a black hoodie and looking like he just woke up from a nap, and set up his own guitars and kick drum. There’s lots of girls screaming, but he doesn’t acknowledge it—not yet, anyways—busying himself with cables on the stage. No muss, no fuss, no cowboy hat, and no stagehands. Shakey Graves was in the house. Wednesday night at Union Transfer, Graves proved he’s out to change the Americana game.

After seeing Rose-Garcia perform at World Café Live last October, I already knew what I was in for when I headed to Union Transfer—but that didn’t make it any less enjoyable. Graves brand of casually gritty, DIY-informed Americana is a show that never disappoints, the stories and songs taking life in the moment. The kinda night that makes you feel confusedly happy and sad about the terribly wonderful tragedy of being.

Graves didn’t mess around, and plucked his way into “Roll the Bones,” one of his most popular numbers. Each twangy note in the finger picking pattern another strand of a tangled web, drawing us deeper and deeper into Shakey’s world—until the spider of his gritty voice struck and the audience was fully paralyzed. As “Roll the Bones” accelerated, the packed house went from excited to enrapt to ecstatic, belting out the lines word-for-word along with a wickedly grinning Rose-Garcia. Through his words and smiles, stomps and strums, Graves treated the audience to a version of Americana that is markedly different than what many would traditionally associate with the genre. Gone are the cowboy hats, bolo ties, sequined shirts and murder ballads, replaced with a tousled hair, a black hoodie, and songs that prove “you can fuck anything up if you try hard enough,” according to Shakey. “This next one is from the 16-year-old fuck-up inside of me, and it goes out to the 16-year-old fuck-up that lives inside all of you,” he said, before laying into another song.

Tracks from 2014’s major-label debut album “And The War Came” composited most of the setlist, although he mixed in a fair number from his EPs and other older releases, as well. I finally got to hear personal favorite “Family and Genus,” which made a massive leap from a low-key, vibey track on the album to being a boiling, creeping jam track in person. Backed at times by equally un-affected drummer and bassist, Graves was able to swell his sound from a lonely wail to a massive roar when the need arose. During the encore, the chemistry that Shakey and his bandmates share was more tangible. They cavorted about the stage, wearing huge smiles and staring each other down as the song’s momentum rose and fell—jumping around like a band you’d see in a West Philly basement.

Graves charisma and transparent character are a huge reason of why he’s blowing up right now. The music is good—miles ahead of anything else brewing in his neck of the genre right now—but the sweet-as-Texas-tea charm he effortlessly exudes is what makes him able to sell out rooms like Union Transfer, instead of North Star Bar. It’s organic and genuine, in a way that can’t be measured or rated on a scale from 0.0 to 10.0—and doesn’t need that kind of attention, anyway. A couple cans of Coors and an archtop guitar are more than enough. 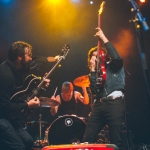 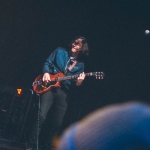 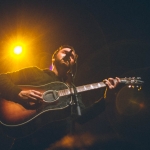 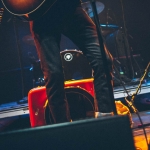 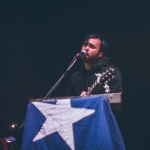 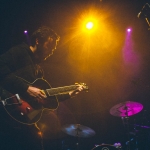 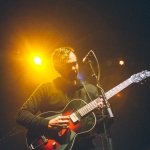 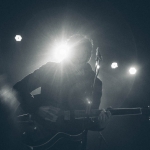 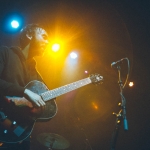 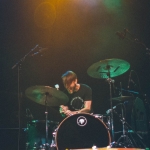 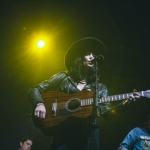 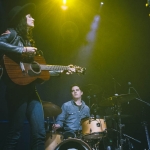