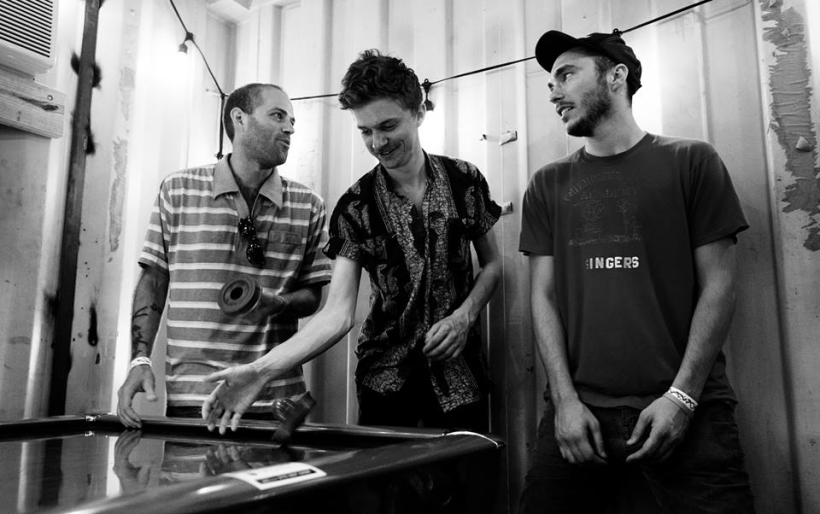 Up The Chain | Photo by Caitlin McCann | via Facebook.com/UptheChain

Up The Chain used to encompass frontman Reed Kendall and various musicians enlisted for live performances. Now, a fully committed trio has been formed, and the first release from the group, a track titled “The Hardest Stone” – which you might remember the band playing during its Key Studio Session last year. The song is crisp display of Kirby Sybert on drums and Noah Skaroff on bass, mixing fittingly with Kendall’s smooth vocals and guitar riffs. You can listen to the track via Baeble Music.

There’s more to come from the trio, as this single marks the first release from their upcoming EP, Windows Into Worlds, scheduled for release on April 21.

“The Hardest Stone” is both singalong and substance, with Kendall crooning, “But as the rains the rains will pass/And soak into the roots/We come back stronger into view.”

Catch Up The Chain at Boot & Saddle on May 16 for their record release show.