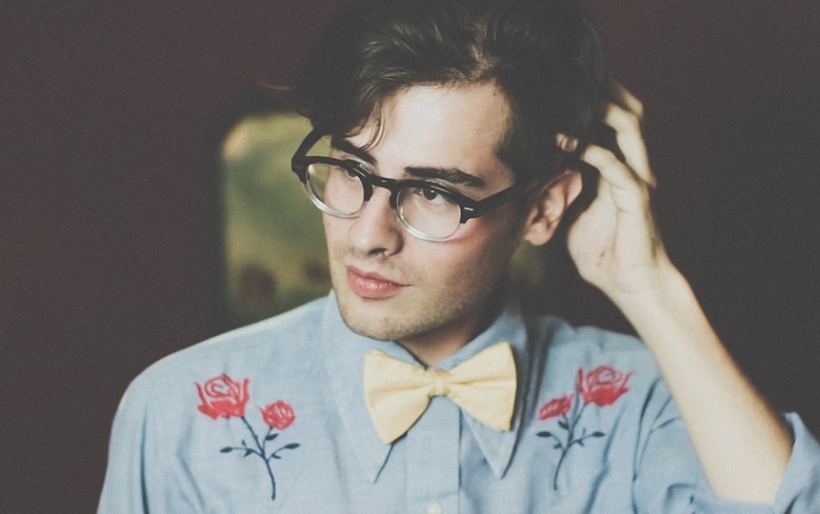 About eight months ago, Wesley Bunch packed his bags in Virginia Beach and headed to Philly, only knowing a handful of people in the area. Performing under the moniker Suburban Living, Bunch left behind his hometown, but quickly connected with prominent local talent, landing him his first Philly show alongside CRUISR and Dream Safari.

“It’s been a total whirlwind,” Bunch said. “I’ve really fallen in love with the city and everything it has to offer.”

Suburban Living’s standout dream pop sound has us feeling lucky to have Bunch around. And with an upcoming residency at Bourbon & Branch, Suburban Living will play alongside local artists throughout April.

“The city is full of awesome musicians,” Bunch said. “I feel super lucky being able to curate all these upcoming shows.”

Here’s a rundown of each week’s lineup, with snippets of Bunch’s commentary on why he picked these openers.

Teen Men: Bunch caught a set from the four-piece (composed of members of The Spinto Band) awhile back when they opened for DRGN KING at Johnny Brenda’s, and loved their intricate pop sound. “They had these awesome visuals going on in the background,” he said.

Church Girls: Because a show he was supposed to play at fell through, Bunch believes this is the only band of the residency that he hasn’t met yet. Nonetheless, he refers to the duo as holding “great melodies with catchy bass lines.”

Tutlie: Tutlie vocalist Rebecca Way (also of APHRA) was one of the first people Bunch met in Philly. “[Tutlie’s] such a great live band with incredible instrumentation & melodies,” Bunch said of catching the group at a warehouse show.

Mercury Girls: Bunch actually met Mercury Girls’ Kevin Attics a few years ago in NYC when they both had sets at a venue in the Lower East Side. Attics was playing in the band Literature, and he and Bunch stayed in touch. “Kevin has incredible taste in music and some of the most impressive guitar work I’ve ever heard,” Bunch said. “This will be [Mercury Girls’] first live show and I couldn’t be more stoked to have them.”

Weekender: Suburban Living and Weekender share the same label, PaperCup Music, so Bunch reached out to members of the group when he moved to Philly. Bunch said Weekender lead singer Derek Sheehan helped him learn the ropes of the local music scene (“venues, places to record, practice spaces…”)

Worshyper: After many of Bunch’s friends urged him to check out the band, he finally met Worshyper’s Matt Hampson at a house warming party. It’s no wonder Bunch asked them to join him for the residency, he refers to their stuff as “blissed out electronic tunes, with “incredible vocal work.”

Dream Safari: “Chris [Coulton] has been a huge help in making Philly be my new home, and I’m super stoked to have him and Phil [Sutton] play our grand finale,” Bunch said. Suburban Living played alongside Dream Safari at Bunch’s first Philly show, and they seem to be good friends. “You can catch [Coulton] and I slinging pizza at Pizza Brain together the night after this show,” Bunch said.

Lithuania: Lithuania is the project of DRGN KING’s Dominic Angelella and Dr. Dog’s Eric Slick. Unsurprisingly, the duo makes for an awesome (and grungier) pair. “They were definitely high on the list when we were talking about who we’d get to play these dates with us,” Bunch said. “The tunes are great, and to top it off, Dom and Eric are incredible nice dudes.”

Vacationer (DJ Set): “What better way to end the final show of the residency with the return of Nude Beach Beach Party presented by Kenny in Vacationer?” Bunch said. We wonder the same thing.