From Waxahatchee to Smallpools, here are 5 Philadelphia concerts not to miss in April 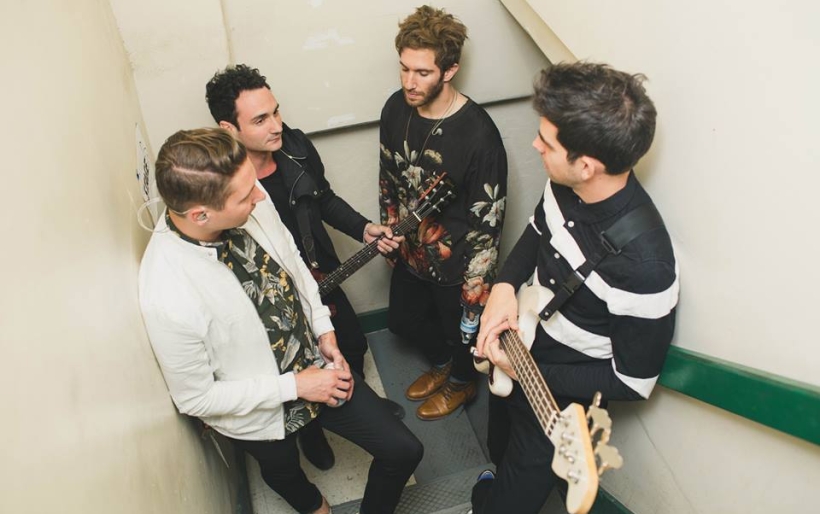 From Waxahatchee to Smallpools, here are 5 Philadelphia concerts not to miss in April

Lots of celebrated musicians are headed to Philly in April, and a handful of shows are already selling out. If you’re bummed about not grabbing those Jose Gonzalez or Father John Misty tickets while you had the chance, head over to StubHub or catch tickets to these April shows while they’re still hot. (It goes without saying that we think Key Fest is a pretty rad three-day lineup over at MilkBoy too.) From electronic to folk, here are five Philadelphia concerts not to miss this month.

LA-based producer Mikey Maleki, otherwise known as Kodak to Graph, released his latest album, Isa, in March. Isa brings an atmospheric yet hard-hitting sound with trippy vocal samples that encompasses a more R&B-infused take on electronic music. Good news: the album is available for free download, so you can get acquainted before Kodak to Graph kicks off April at Boot & Saddle alongside Big Wild and OBESØN. 21+.

The day before Katie Crutchfield, the mastermind behind Waxahatchee, graces Union Transfer, she’ll be dropping her latest LP, the highly anticipated Ivy Tripp. The Philly via Alabama artist will play UT alongside The Goodbye Party and Girlpool, as well as DJ’s Jenn and Liz Pelly. All ages. Listen to “Air” off of Ivy Tripp below.

Martin Sexton‘s powerful voice has granted him comparisons to the likes of Van Morrison, and his artistically acoustic sound makes for notable on-stage performances. His latest offering, February’s Mixtape of the Open Road (his eighth studio album), marked one of his most revered albums to date. In the video below, Sexton calls Mixtape of the Open Road “a stew of all-American ingredients,” with “a pinch of jazz, a couple shakes of folk music, a few scoops of soul, a couple pounds of rock ‘n’ roll.” Folk trio Brothers McCann will open. All ages.

We’ve been infatuated with the steamy sound of Philly-based electro pop duo Marian Hill for a while now. They undoubtedly grew their fan base at last month’s SXSW, taking an impressive 11 shows under their belt. Listen to “Deep,” off of their latest EP, Sway, below. They’ll close out their spring tour in their hometown at Boot & Saddle. 21+.

Four-piece Smallpools released their debut album, LOVETAP!, in March, confirming enthusiastic comparisons to singalong indie pop masters like Passion Pit and Foster the People. Their fun group dynamic, in full-force in the video for “Karaoke” below, is just as prominent in their live performances. Grizfolk and Vinyl Theatre will open. All ages.