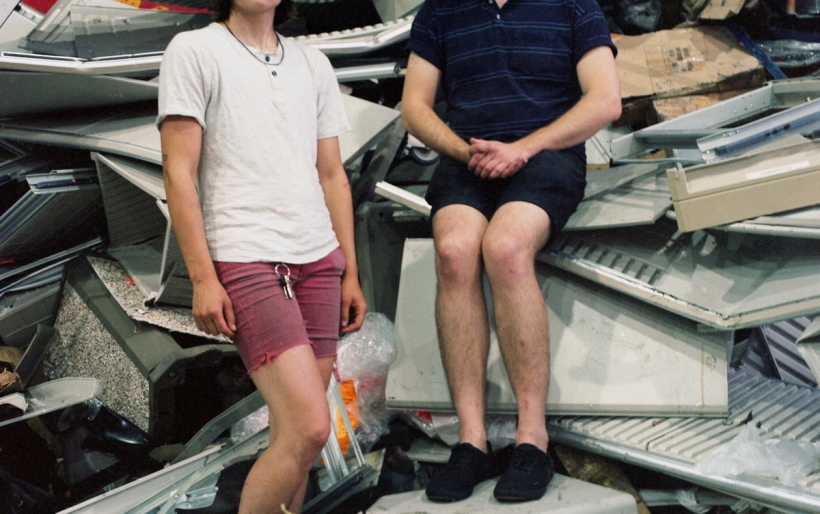 So we have a little bit of Philly new-music-release-degrees-of-separation going on here.

First, we updated you about Waxahatchee’s Ivy Tripp, which you can stream in its entirety a week before release over at NPR Music’s First Listen.

Then, on a Twitter tip from Katie Crutchfield, we checked out Waxahatchee drummer Ashley Arnwine’s 7″ with her other band, Pinkwash, which released this week.

Then we learned about Telepathic, the brand new project of Rob Garcia and Sarah Everton, founders of the now-defunct Bleeding Rainbow – which Arnwine used to play drums for. Powers of Tenis their new project with Paul Brinkley,.

There’s a handful of great local music to check out.