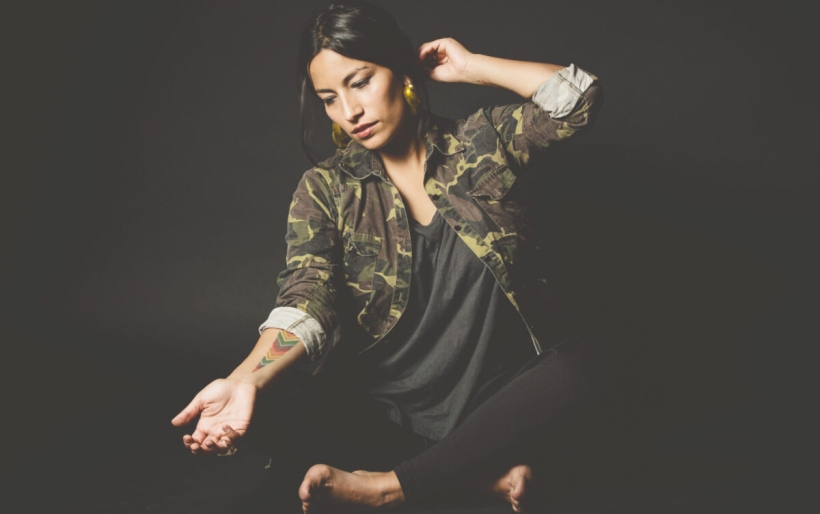 Inspired by the World Cafe’s Latin Roots series, WXPN is launching a three year Latin Roots Live! music series. It will feature four live performances each year made possible by a grant from the William Penn Foundation.

Kicking off the series is a free performance and live broadcast from French-born Chilean artist Ana Tijoux and Andean Latin American folk group Eco Del Sur on Thursday, April 16th at World Cafe Live in Philadelphia. This show is sold out. You’ll be able to listen to the webcast on Thursday April 16th.

Since her debut album, Kaos, was released in 2007, Tijoux has developed a significant international following. Prior to her solo career she was in the Latin hip-hop group Makiza. Her latest album, Vengo, received nominations from both Grammy and Latin Grammy in 2014.

There is so many, like, prejudice about having a political education. And I would say that to have a political education is a vision with life and dignity of life. So, I had the chance to have amazing parents that always put on the table some subject and talk about it and have some reflection with the world. So it was not only about Chile, but about the vision about the world. And since today, we continue to talk about the same topics, basically; it’s always the same history repeating one to another. In the same way, I feel that the music is an amazing weapon, an amazing tool, like to have this reflection with the world. It’s a conversation, a dialogue with the world.

And so, I would say that to have a political education has been like—is the DNA of my work and what I do. But also, I feel that music got to be free also and to be free of the political by himself. But I think there is a lot of ignorance about just political. We say “political,” and everybody say, “No, no, no, no. Please, don’t touch that. Don’t go there. Like, make music, but don’t make political.” But I think it’s got—had to do to be sensitive and sensible about what happened also, and I can make a difference between to be an artist and to be sensitive. I think they are—both of them is a marriage between both worlds.