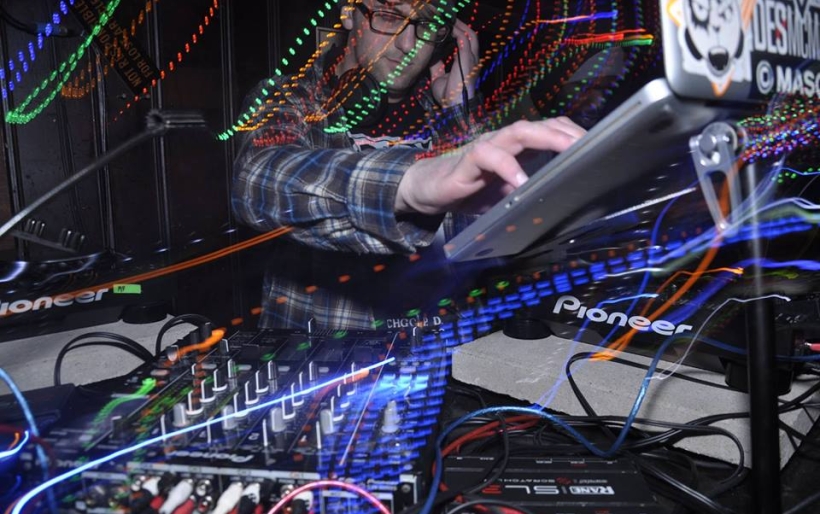 South Philadelphia’s Dolphin Tavern is the place to be if you like underground and alternative electronic dance music. The venue’s new Truewave night showcases an eclectic group local beat makers and producers each month, giving up-and-comers a place to try out their beats on a crowd and fans the opportunity to check out the newest local EDM artists.

The innovative Truewave trio is looking to push the boundaries of live music experiences and hopes to bring fresh faces in the genre to the forefront. I spoke with Jack Deezl about what drew them to EDM and where they hope to take the Truewave movement.

Jack Deezl: [JXLbeats and I] started the party in 2014 after DJing at more mainstream EDM events while in college. After college we were worn out by the mainstream scene and wanted to check out alternative dance music sounds. Vibes that were closer to what we were producing. We knew Freddie from producing and DJing and he was known for being open to some really different vibes.  Philadelphia is full of great parties focused on house music and indie dance, like Making Time at Voyeur and Tigerbeats at the Barbary, but we wanted to explore the more DIY- beats oriented side of things, taking influence from parties like Los Angeles’ Low End Theory and the internationally famous Boiler Room series.  We wanted to create a space where producers are encouraged to experiment with new sounds and styles.

Deezl: We started by throwing DIY parties at Goldilocks Gallery, an art space in center city. We eventually moved the party to a proper venue for the sake of sound and lighting but still did our best to retain the intimate, DIY vibe. Now we’re at The Dolphin, probably the best venue for this style of party in the city.  The sound system is top notch and lighting is amazing. It’s just all vibes.

So now we’ve had five parties and it’s been refreshing.  The crowd has been super receptive. They come out with no preconceived notions and always expect the unexpected.  We’ve hosted some great artists like Louis Futon, Flamingosis, Maybewise, Future Thugs, Des McMahon and MVP International of Designer Drugs, as well as our local roster of DWPLX, Fredric Fresh, JXLbeats, Architekt, and myself.

On expanding in the future:

Deezl: Right now we’re really happy with where we’re at, as far as expanding we’re just looking to bring out more interesting artists and just keep improving everything.

Freddie Fresh: It’s easier to make shit dope incrementally as opposed to building the colosseum in a day.

Deezl: The Dolphin is the perfect venue for Truewave in Philly, so we’re not looking for other venues, but there has been some talks of doing a one-off Truewave warehouse party. We’re just going with the flow and keeping it open.

On what they hope to achieve:

Deezl: We’re just trying to throw good parties where we can play out our new music and bring new artists to Philly.  Our online numbers are increasing, so it’s safe to say people are taking notice and everyone’s excited about it.  It’s all about fun at the end of the day. We don’t take ourselves too seriously, we’re all just trying to have a good time and listen to some good music.  The vibe is whatever in only the best possible way.

You can catch Truewave at the Dolphin Tavern on Thursday, April 16th, and get more information at their website.