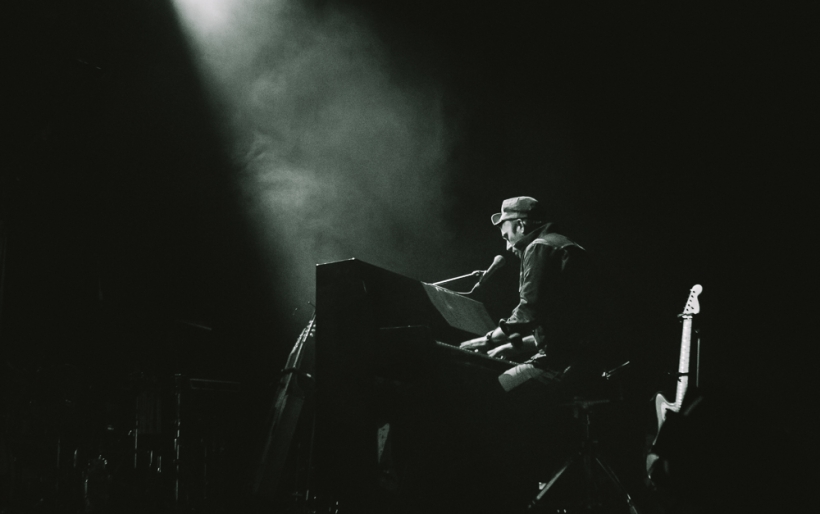 Have you ever seen truth so real that it physically hurts? A burning brand, slowly pressing into your chest, purifying the cavern of your existence? I have—and truth came Thursday night, not with angel wings or capes or neon halos, but in denim jacket and trucker cap, meekly strumming an acoustic guitar. The first time I saw Sufjan Stevens—years ago—it broke something within me. Something I don’t want fixed. And I think that brokenness allows truth in, even though it’s bitterly painful. Thursday night at the Academy of Music, I embraced the truth and pain and beauty of Sufjan Steven’s life and career.

That duality of balancing a life and career is never more in focus than on his new record, Carrie & Lowell. In many ways, it’s about stripping back the artifice of Stevens himself. Previous record and tours have always been brutally emotional—though in a disconnected way. Through strange concepts and costumes, Sufjan was able to insulate himself and his audience from the reality of his music, sifting truth through a filter—not lessening, just turning it this way and that before driving a point home. Mystic and saint and comedian; the second coming of a deity who might never have had a first. Carrie & Lowell subverts the archetype that Sufjan has spent ten plus years building, while at the same time embracing the wry honesty that made him beloved of many. It’s not a record for you and me, it’s a record for him. In many ways, this tour is the same way. He’s working his shit out, there just happens to be a room of three thousand people sitting and watching and gasping and sighing and crying while it happens. For the most part, he didn’t even acknowledge that we were there—“shut up and play the hits,” if you will. I don’t think he sees it that way, though. In “Eugene,” he questions “What’s the point of singing songs, if they’ll never even hear you?” We’ll never know the true intimacy that Sufjan and his subjects have, but that doesn’t make one of his shows any less affecting.

The epitome of an awkward, introverted creative type (INFJ reporting, I feel your pain, Suf), he tiptoed his way through the material—each crack in his voice or hesitation adding to the beauty. At least he did’t apologize to the audience, this time around. As the first night of a long tour in support of Carrie & Lowell, it was clear that emotional issues weren’t the only thing being worked out. A tech spent most of the show on stage, re-wiring one thing after another to little avail. The feedback still happened at inopportune times, the guitar still wouldn’t be quite right in the mix—but I doubt many of us cared.

The first half of the show was dedicated to showcasing Carrie & Lowell, a rending tribute to the complicated memory and repercussions of Sufjan’s father and mother. There’s no concept here, other than Sufjan himself. Dissecting his own narrative, we’re left with the bitter reality: “We’re all gonna die,” as he repeats in “Fourth of July.” What from other artists lips would be cheesy-at-best becomes an absolutely devastating statement from the Sufjan we’ve come to know and trust over the past fifteen years. We know Sufjan is going to make us hurt, but with all the previously instated safeguards off this time round, it’s completely crippling.

With a massive discography, spanning numerous stylistic periods, I was anxious to see what the evening’s set would look like. Costumes? Set pieces? Choirs? Full brass band? Those who’ve seen Suf perform at various points in his career know that any of these things—or all of them—are possible in a live performance. The evening was mostly reserved, which worked well. Supported by a small band of players, Sufjan brought the unfiltered aspect to his tour production, as well. Influences of different periods could be seen, but this is clearly the Carrie & Lowell era, in all of it’s bare glory. Most C&L numbers retained their haunting minimalism, while others were tinkered with, elements of 2010’s radical electronica soundscape The Age of Adz bolted on to make sprawling, soaring flights of fancy. The approach—much like most of his discography—worked. After focusing on the new album (deservedly so, it’s brilliant, possibly his very best),
Sufjan took the back 9 to make us remember why we fell in love. “For the Widows…” into “The Dress Looks Nice on You” followed up with “To Be Alone With You” left little room for dry eyes in the house. Hearing many of the songs that soundtracked various crises over the course of my young adult life strung together was hard. It was really, really hard. But also life-giving, in a painful and tragic way. A long encore break gave a few moments of respite—enough to catch my breath and dry my red eyes, while also rising with the rest of the audience to give a standing ovation. The peace didn’t last long, however, as the final moments of the set held “All the Trees of the Field Will Clap Their Hands,” and solemn serial killer ballad “John Wayne Gacy Jr.” Sitting at his piano afterwards, Stevens finally addressed the crowd for the first time. “Thank you for coming to see me and hearing these songs. I know that this is kind of a bummer, but I want to end it on a happier note,” he said before launching into the spiraling wonderment of “Chicago.”

I think we’ll all need a bit of therapy after that. So I’m going back for round two, tonight, which probably won’t help—but it might hurt, just a little bit. And that’s okay. It might just even be the point. 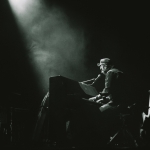 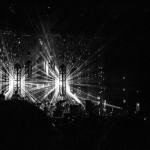 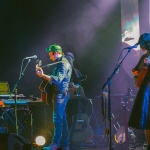 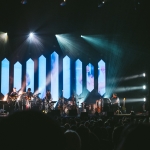 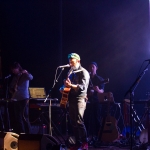 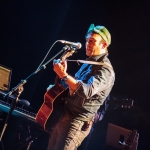 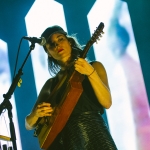 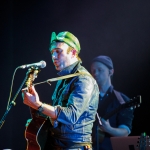 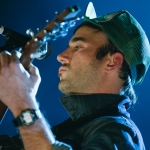 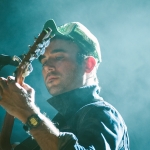 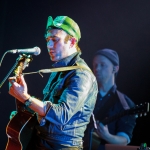 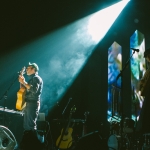 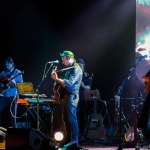 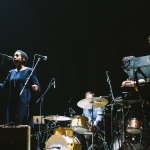 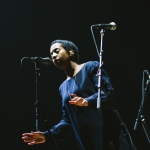 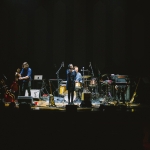 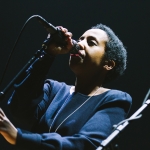 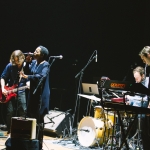 Setlist
Redford (for Yia-Yia & Pappou)
Death With Dignity
Should Have Known Better
Drawn to the Blood
All of Me Wants All of You
Eugene
John My Beloved
Carrie & Lowell
The Only Thing
Fourth of July
No Shade in the Shadow of the Cross
Heirloom
For the Widows in Paradise, For the Fatherless in Ypsilanti
The Dress Looks Nice on You
To Be Alone With You
Blue Bucket of Gold

Encore:
All the Trees of the Field Will Clap Their Hands
John Wayne Gacy, Jr.
Chicago