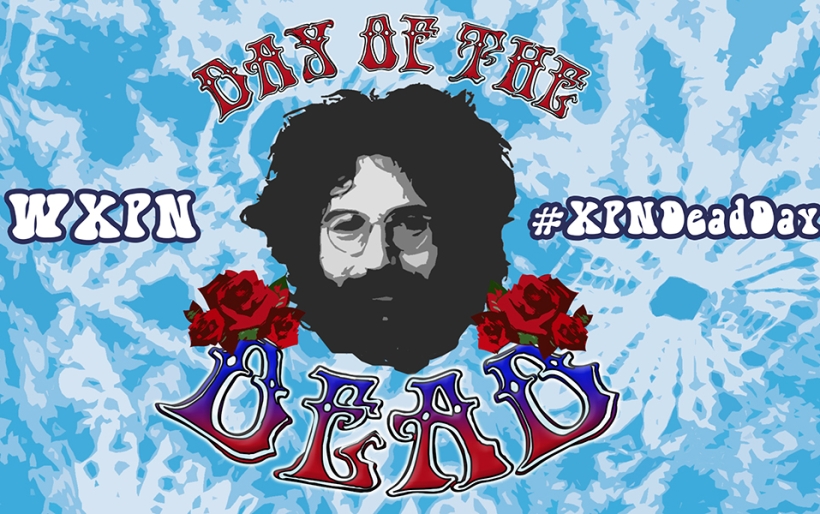 This year marks the 50th anniversary of the Grateful Dead. Few bands in rock’s great history have had the unparalleled impact and influence on pop culture as the Dead have. WXPN is celebrating the music of the band, solo, and Dead related musical projects with a 24 hour tribute to their music starting this Friday, April 17th at 6 a.m. Friday’s highlights will include a Free At Noon featuring two Philly local bands covering complete albums; Mason Porter will be performing Workingman’s Dead in its entirety, followed by the Chris Kasper Band performing American Beauty album in its entirety.

Helping us set the scene for the day are two long time Dead Heads and aficionados who will act as DJ’s; XPN’s GM Roger LaMay will be on with Dan Reed from 4 to 7 p.m., while former XPN host Jack Barton, currently an editor at music trade mag Friday Morning Quarterback will be on from 7 p.m. to midnight. From midnight to 6 a.m., Grateful Dead Hour host David Gans will curate a marathon of classic Dead Hours.

#XPNDeadDay starts this Friday, April 17th at 6 a.m. for 24 hours with Mike Vasilikos on the XPN Morning Show. Tune in at 88.5 FM in the Philadelphia area or via the station’s streaming player from anywhere else in the world.

Below, get ready for #XPNDeadDay by watching a performance of the Dead from The Spectrum in Philadelphia from September, 1988.