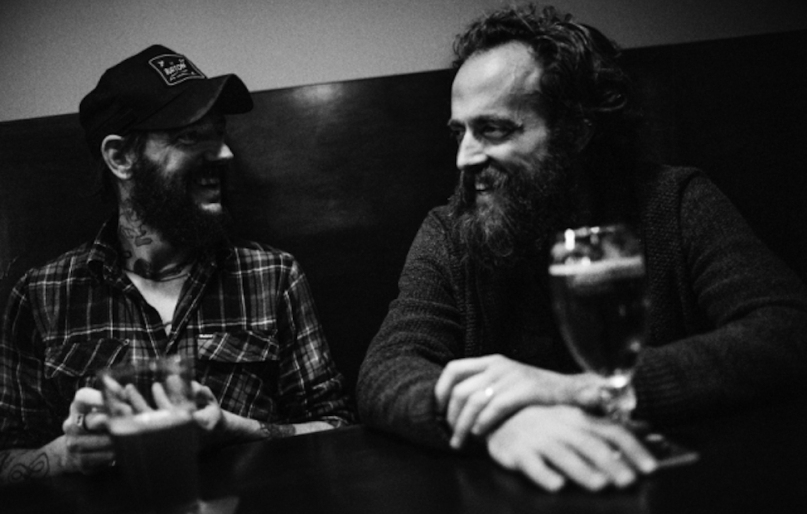 Awesome Collab Alert: Iron & Wine and Ben Bridwell come together for Sing Into My Mouth

Longtime friends Sam Beam (otherwise known as Iron & Wine) and Band of Horses‘ Ben Bridwell have come together for their first collaborative album.

Sing Into My Mouth, which is scheduled for release on July 17, will hold 12 tracks that have influenced both men as musicians, such as  “No Way Out of Here,” originally recorded by Unicorn, and eventually released David Gilmour of Pink Floyd’s solo debut. The duo performed this track on last night’s Late Show with David Letterman.

Damn, this duo can harmonize, and catch a cutesy little interaction a la 3:17.

Sing Into My Mouth is available for pre-order now, and they’ve released two tracks for streaming, a rendition of Sade’s “Bullet Proof Soul,” as well as the track they performed on Letterman.

Catch them at Union Transfer on July 28, with tickets going on sale tomorrow at 10 a.m.