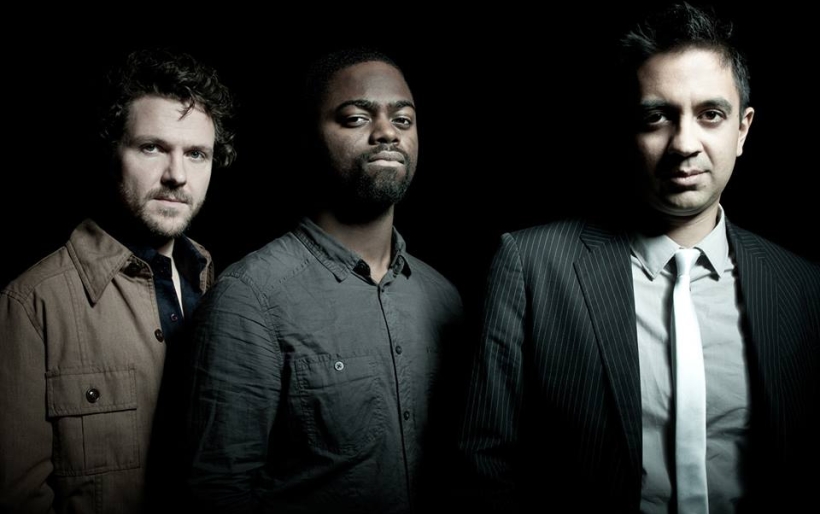 Break Stuff, the title of the latest album by the Vijay Iyer Trio, carries an anarchic connotation that might seem at odds with the taut, deeply collaborative music contained within. But taken in a more focused sense, those two words do capture the sense with which the pianist and his triomates­ bassist Stephan Crump and drummer Marcus Gilmore ­dismantle and deconstruct the basic elements of jazz to create their own unique and revolutionary sound. There is no more traditional setting in jazz than the piano trio, yet nothing this band does seems beholden to the past.

Any regional appearance by Iyer would be notable, but Saturday’s concert at Swarthmore College is particularly special as the trio will share the stage in a rare double bill with Iyer’s other trio, Tirtha, a collective group featuring guitarist Prasanna and tabla player Nitin Mitta. The two bands will showcase Iyer’s wide-ranging abilities. The trio thrives on rhythmic invention and melodic intricacy, drawing inspiration from sources as disparate as Thelonious Monk, Michael Jackson, and Henry Threadgill. Tirtha, on the other hand, is an outlet in which Iyer can explore his Indian heritage. The band is built on the interplay of the Albany, New York-born Iyer and the South Indian Carnatic guitarist Prasanna. Their collaboration is not only a hybrid of jazz and Indian music but delves into Hendrix-style psychedelia as well. ­