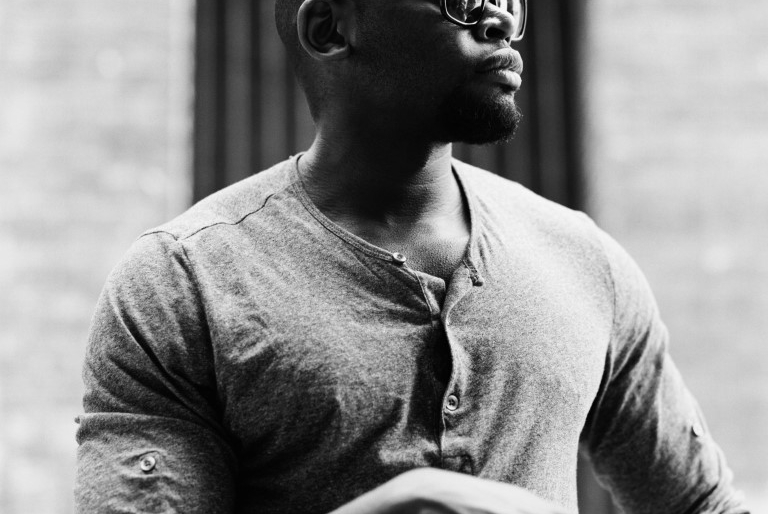 Ernest Stuart | Photo by Jauhein Sasnou | courtesy of the artist

After growing up and studying jazz in Philadelphia, trombonist Ernest Stuart moved two hours north to make a go of it as a musician in New York City. It exposed him to a spectrum of new sounds and connected him with artists he works with to this day – including the Brooklyn-based Bhangra band Red Baraat, with whom he tours on the regular. When he returned to Philly in 2010, Sturart decided to add some of that spark the local scene. “There wasn’t much happening here jazz-wise and I grew tired of hearing myself complain about it,” he recalls. “Somehow that ended with me creating a jazz festival.”

Now in its fourth year, Center City Jazz festival happens this Saturday, April 25th at a variety of venues in downtown Philadelphia – including Franky Bradley’s, MilkBoy and Chris’ Jazz Cafe. Ticket holders basically buy one pass that allows them to bounce from room to room to catch artists they know and love or, in other cases, artists they are seeing for the first time. Including this year, the festival has showcased over 70 artists, many of them with Philly ties (like George Burton, whose afternoon set at Chris’ you should make it a point to catch).

This year, Stuart has a new collection of songs to go along with the festival. Same Walking Animals is out today on iTunes, and we’ll hear it performed live with Stuart’s closing set at Time on Saturday evening. To get some more insight on the festival, his music and the scene in general, I swapped emails with Stuart this week. Read our interview below.

The Key: When you you studied music at Temple, how involved in the local jazz scene were you? How has it changed since you graduated?

Ernest Stuart: I thought of college as a transitional period for me. I was afraid of not finding work as a musician once I finished school, so I decided to get the the ball rolling on my career while attending Temple. I went out every night, everywhere. EVERYWHERE. My horn never left my side. People used to mention that I looked funny without it. Whenever I wasn’t working, I camped out at Ortliebs Jazz Haus listening to Sid Simmons, Mike Boone, Byron Landham, Mickey Rooker, Bootsie Barnes, and anyone else who was passing through town. Unfortunately, Ortliebs and a few other venues aren’t around any longer; at least, not in the same capacity.

TK: What was the initial goal behind CCJF?

ES: I wanted to offer a festival that was small and agile. I also didn’t want tickets to sell because of the names of performers. That’s counterintuitive, but I thought it would be better to focus on creating a curated scene attractive to music lovers. You don’t need to be knowledgeable about the performers to enjoy their music. Every year, attendees come out to discover new artists, drink, and hang with other music lovers.

TK: I love the community feel of the festival — these neighboring venues participating, the ability of ticket holders to move from one show to the next. Was it easy for you to get the venues on board with that idea?

ES: For sure. The venues loved the idea at first mention, and even offered to help promote the festival. It was kind of a no-brainer for them. They really saw the value of being a part of something unique in Philadelphia.

TK: You’ve got your new Same Walking Animals timed to release alongside CCJF. Tell me about your decision to line it up like that: do you see the two raising awareness of each other?

ES: I’m very happy to be releasing new music. I’ve been diving into recording EPs, and released my first one last July. I love it; easier and more flexible than recording LPs. I lined up the release with the festival because I’ve been on tour for the past few months with Red Baraat. I finally got a chance to focus on everything at the beginning of April. Lining Same Walking Animals up with the Jazz Fest was the only way I could reasonably plan an EP release and show.

TK: Tell me about the collaborators on the EP…are they Philly people?

ES: Working on Same Walking Animals with these guys was a great experience. I’ve known them all for a while. I went to Temple with guitarist Ben Karp. I’ve known the bassist Alex Claffy since he was in high school. He’s up in New York now, playing his ass off. The drummer is Lionel Forrester Jr. I’m not sure when I met him, I’m just glad I did.

TK: “We Can’t Breathe” is a powerful track alluding to the events that sparked the Black Lives Matter movement last fall. What’s it like writing a song addressing social issues when there are no words – how do you convey the specificity of the message and the emotion behind it purely with music?

ES: It’s tough writing music about important topics without the use of words. I have to focus on the mood of the song primarily. I often think about how discussions would sound if they were pieces of music.

TK: How do you envision CCJF growing?

ES: I’d like it to grow beyond the Samson St corridor. It has the potential to be very inclusive to the many venues around town who’ve asked to be involved. I’m looking forward to the festival’s evolution.

TK: Like many people who studied jazz in school, you moved to New York. Do you think there will be a day when Philadelphia jazz students won’t have to leave the city after graduating to pursue their career? What would have to change in Philly for that to happen?

ES: I don’t know. I kinda enjoyed my time there; met many phenomenal musicians. Artists are moving there from all over the world. There’s a community of artists in New York that is unlike anything I’ve seen. People shouldn’t rob themselves of the opportunity to be a part of that scene. Even if it’s only for a few months. Philadelphia is a great incubator of talent, however it’s very difficult for people to make a living as an artist here. If things were to change, it should begin with a stronger recognition and exploitation of our city’s cultural history. The change would need to end with a revolution in the presentation and consumption of art, music, theater, etc. The outcome would keep artists working while creating a higher profile for Philadelphia as one of America’s cultural gems.