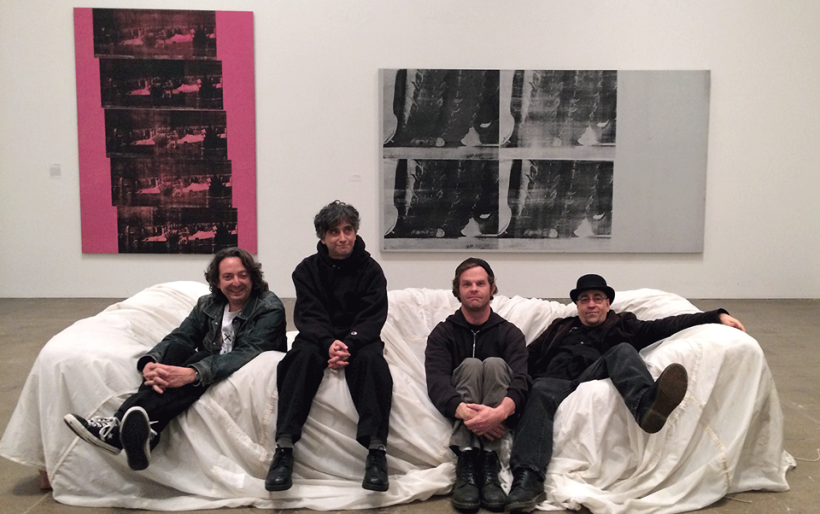 The Dead Milkmen | via Facebook.com/thedeadmilkmen

Watch the new Shaking Through episode starring The Dead Milkmen

According to Shaking Through, The Dead Milkmen’s track (entitled “Prisoner’s Cinema”) is:

“a celebration of the every-day people who had to clean up after rock-stars and their debaucherous episodes of the past.”

In the video for the track, below, members discuss the difference between live shows and recording, the late Dave Schulthise (Dave Blood), record label pressures, and the all-encompassing theme of the working-class in comparison to rockstars.

Rodney Linderman, aka Rodney Anonymous, confidentially calls for “praise for the maids who cleaned up the rooms / After they were trashed by the late Keith Moon / Or the guy who fixed the TV that Elvis shot  /The nanny who watched his kids while McCartney scored pot.”

Catch the video of the track’s production here.

“Prisoner’s Cinema” is intricate and powerful, and if you so please, remix it yourself over on Weathervane.