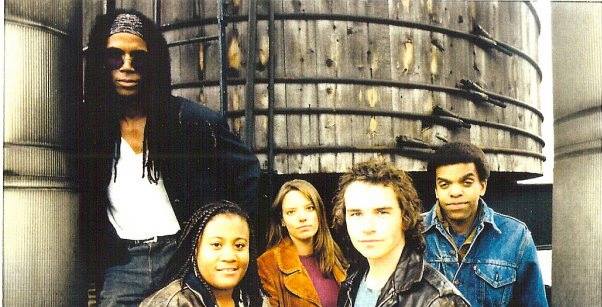 WXPN will welcome June Rich to the Ardmore Music Hall on June 20th. The folk rock band was integral in the local music scene of the nineties, releasing two records and performing at the opening night of the Electric Factory in 1996.

The band’s list of accolades continued with a Philadelphia Magazine Best Band in Philadelphia award, a Folk Fest main stage slot (the only local band to fill that position in 1996), a performance on Mountain Stage and numerous other festival appearances.

In anticipation of this reunion, which marks the 20th anniversary of the their self-titled debut LP, bassist Garry Lee, singer / guitarist Vanida Gail and guitarist Allen James looked back on the beginning of their career:

“Back in 1994, ’95, there was a burgeoning music scene that was centered around Manayunk and specifically the Grape Street Pub,” said Lee. “(It) was the center for a lot of up-and-coming singer-songwriters and for bands at the time.”

“Who can really say why anything catches fire? I have no idea,” added Gail. “I just know we were having a blast onstage, just singing together. The band was sounding great. We were all just having fun and maybe the audience felt that.”

As for the idea of reuniting, James said “I’m totally looking forward to it” and added, “as far as I understand, there (are) going to be a couple of new tunes… (and) it’s always good to have something new.”

Tickets and information for the one-night-only reunion show with special guest Christine Havrilla can be found here. June Rich will also be releasing a special anniversary edition of their debut record, complete with bonus tracks. Watch them perform “No Answer” live below.