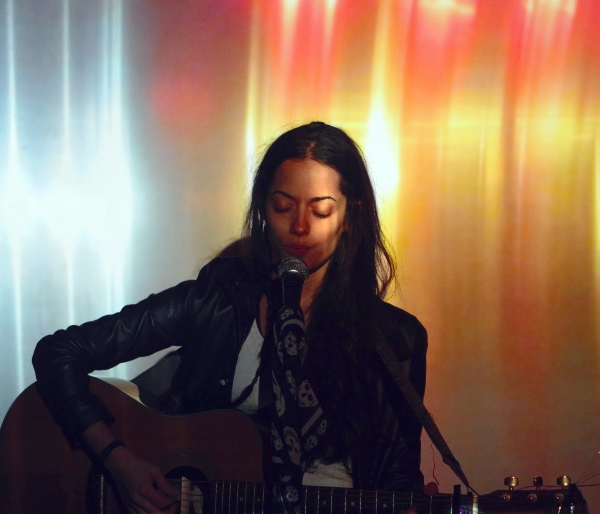 Watch the music video for Little Strike’s Supergrass cover, catch her at a slew of upcoming Philly shows

Now, as spring is kicking in and we’re about to embark on her third summer here with us, she’s released a music video for that cover, a visual/auditory collage with “footage from real as well as dream life.”

If you’re intrigued, read her recent essay about performing, lies/truth in relation to chewing gum and how her first live solo show (in July of last year, on her birthday) was “an utter analog and digital disaster.” But she’s come a long way since then, just recently opening last Friday for Marian Hill at a sold-out Boot & Saddle show.

Find tickets for her upcoming Philly shows below.