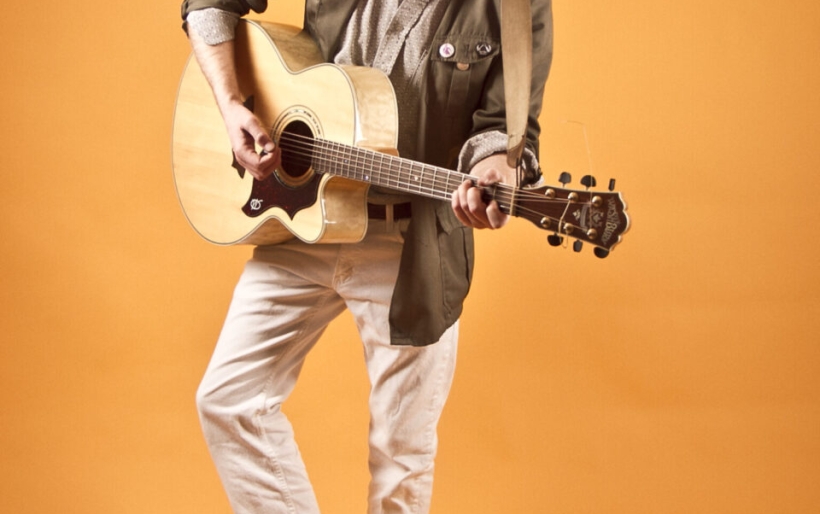 I didn’t know a lot about Heavy Blonde, this week’s Folkadelphia Session band when I invited them to the studio. I still don’t know much. What I do know is that the band is probably from Scranton, PA. Mike Williams, the Heaviest Blonde of the bunch (hierachically, I think, not in weight), used to front the local-ish group And The Moneynotes. From the demise of that band came this new project and a fresh-as-heck EP, recorded and produced by Nick Krill (of the Spinto Band). Williams sold me on the project as soon as he shared the EP. It’s a fun, hook-laden, harmony-heavy affair, but real breezy and and repeatable. Williams and his crew show off some majorly adept songwriting – a thing we can all appreciate.

Jump to the band arriving at WXPN for the session, instruments are loaded in, pleasantries are exchanged, a band member goes to the bathroom, no, correction, the whole quartet goes. Team Folkadelphia waits patiently to direct the band to the live room, when suddenly from the depths of the stalls we hear a pitch, then a harmony, finally a whole damn warm-up. I’ve heard about multi-tasking, but that’s impressive. And so’s the session too!

The band is gearing up for their debut album release during the first week of June and they’ll celebrate with a gig at Fergie’s on June 5th.