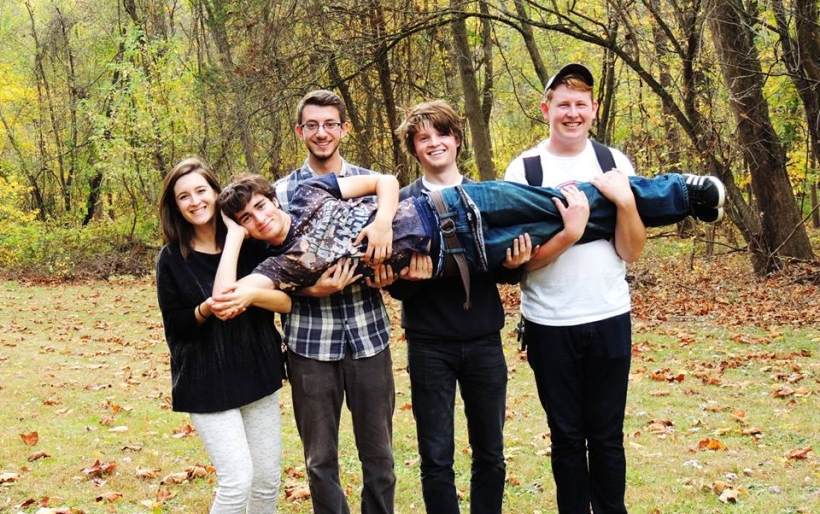 In Plainview’s debut music video, vocalist/guitarist Jeremy Berkin growls “I’ve never once looked back, I can promise you that.” This sentiment is reflected throughout the video, a one-shot venture through a rowdy apartment party.

As the camera pans, it captures the full scope of the Philly quintet – who, according to their Bandcamp page, “deliver high energy performances with enough stomping and jumping to make your ceiling cave in. Every time.”

That certainly appears to be the case in the video. Girls kissing, teenagers in silly costumes drinking, guitarist Josh Lieb wailing away on a trombone, and even a waterboarding scene frame the Drexel students’ Philadelphia house show roots.

Like the seamless video, the band smoothly fuses pop punk and folk. They’ve already built up a loyal fanbase through the 2014 release of their self-titled EP and a split with Animal Flag, as well as a few singles.

“We really just wanted to capture all of our friends having a good time,” Berkin says. “We invited all of our friends over to our house and assigned them to different rooms.  Some ideas were presented by us, others came up with stuff on their own (such as Philly natives Darla waterboarding their bassist in the bathroom).”

Evan Chapman of Square Peg Round Hole shot the video, which appears to be a one-shot take.

“Unfortunately we did do a cut before going to the basement.  Evan originally wanted to go to the backyard for a second and have everyone run down there before he got back, but it was more efficient this way.  He knew he could cut to black for a second and make the viewer wonder if it was all one continuous take,” Berkin says.

Everything until the girl walks into the basement,  however, is one continuous shot.

The video was sponsored by d6 Merchandise, a Philadelphia-based merch company run by Plainview’s bassist, Lauren Altman.  She provides shirts, stickers, tanks, and more for not only Plainview, but other groups in the Philly scene, like Steady Hands, W. C. Lindsay, Mike Pays Heat, and Lame-O Records.

“Ten Feet Tall” is the single for Plainview’s new EP I’ve Seen This Before.  The single is now available on their Bandcamp, and the EP drops May 19th.

You can catch Plainview May 29th at the Brick House.