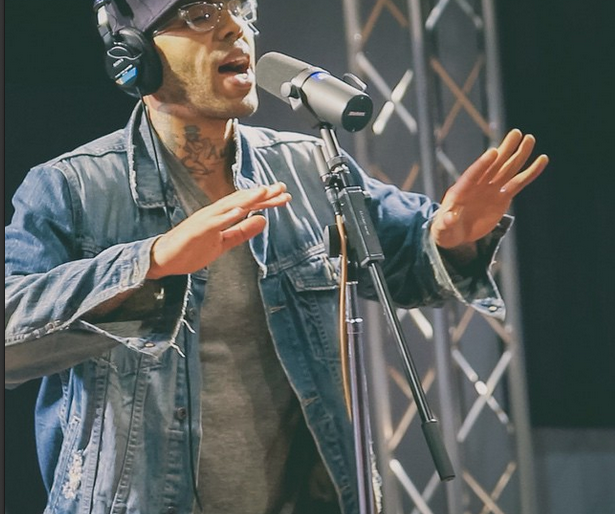 STS in the World Cafe studio | Photo by Rich McKie

After World Cafe‘s Sense of Place series has travelled all around the world, we decided to come home.  Starting Monday, we spend the week of our Sense of PlacePhilly scratching the surface of all the incredible music our home city has produced in the past, and particularly  right now.

Philadelphia is having a musical moment.  There are so many factors that support that. We asked our WXPN staff what they loved about our city and three things came up over and over.  The parks and open space: Philadelphia is home to Fairmount Park a giant system of green space.  The neighborhoods: affordable housing abounds whether you live in Fishtown, West Philadelphia or Mt Airy and we love our neighborhoods. The third item? Why, beer, of course. Philadelphia is craft brew heaven.

This environment has helped foster the bands we will hear this week. Waxahatchee‘s Katie Crutchfield and her sister Allison moved to Philadelphia specifically because of the supportive scene of venues and house shows and other musicians. She even  has a tattoo of a Hop Along album cover, another band making their Cafe debut this week.  From West Philadelphia we have the brass band The West Philadelphia Orchestra with their Balkan dance repertoire, and more rock from The Districts, who moved here from Central PA. We even have country music with Liz Longley, who comes back to visit from Nashville.

We will also have and in-depth look at Philly soul with Gamble and Huff of Philadelphia International Records. Philadelphia’s thriving hip-hop scene is represented through Sugar Tongue Slim, who has a new album coming in collaboration with electronic artist RJD2.

We will also replay our session with perhaps the most successful band to come from Philadelphia in the last couple of years, The War On Drugs. With a little bit of extra pride, we give you Sense of Place Philly!