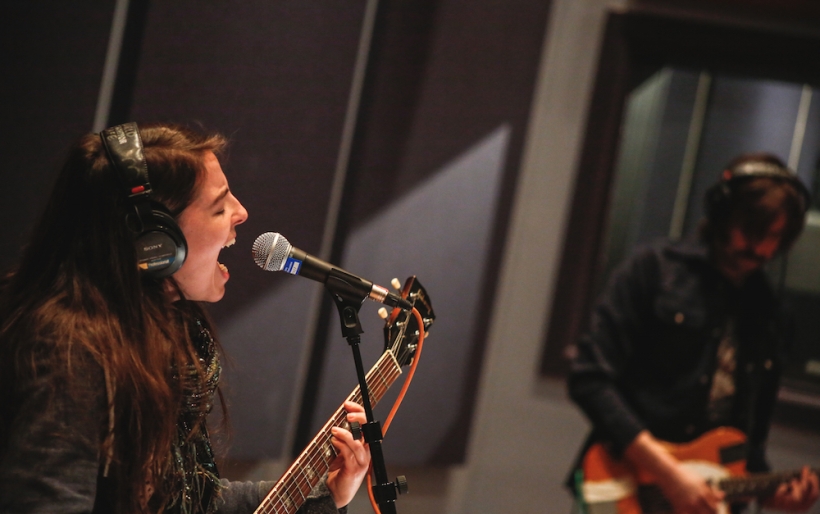 Hop Along | Photo by Kelsey Stanger

Listen to Hop Along on NPR’s Morning Edition

This week, World Cafe and host David Dye is putting the spotlight on the Philly music scene for Sense of Place Philly. Among the bands featured are Hop Along, fronted by Frances Quinlan.

Hop Along recently released their excellent second album, Painted Shut, on Saddle Creek. In our review of the album we said:

Frances Quinlan’s greatest strength as a songwriter is creating a narrative in every song that carries both visual and emotional resonance. When you listen, it places you viscerally within the situation, but you also feel a compelling and complex emotional response.

Painted Shut is not an album of empty energy, passive prettiness or vague emotion; it draws you in and makes you a part of its world. It’s an album of everyday stories and floating thoughts that, spoken out loud, actually hold a lot of weight. In life, we can easily be so passive about them but Quinlan and the band face them head on, and bring us along for the ride.

In addition to being featured in World Cafe’s Sense of Place Philly this afternoon on WXPN at 2 p.m. ET, Hop Along were featured on NPR’s Morning Edition today. Leah Scarpelli from NPR talked with Frances and her brother Mark below.