Rocking and Rolling Down South: A recap of Atlanta's Shaky Knees Festival 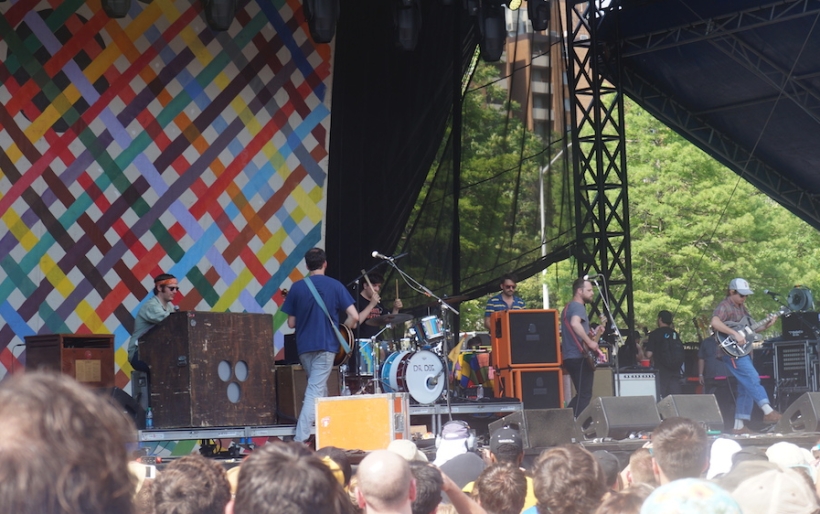 Rocking and Rolling Down South: A recap of Atlanta’s Shaky Knees Festival

There’s usually a downside to festivals having stacked lineup: with so many great artists, you’re never going to be able to see them all. So when I made the trek down south to attend what is becoming the best indie-rock festival in North America – the Shaky Knees Festivalin Atlanta – there were a lot of difficult choices to be made. Do I see The Kooks or Wavves? Kaiser Chiefs or Manchester Orchestra? Wilco or Noel Gallagher’s High Flying Birds? Dr. Dog or Diamond Rugs?

But even with all these conflicts (my picks: Wavves, Manchester Orchestra, Wilco and Philly’s Dr. Dog), I wasn’t disappointed. Wavves put on a highly energetic show, riddled with moshpits and crowd surfers, which was a common theme throughout the night. You could say the same for The Black Lips, a local Atlanta band who are well-known for their high-energy, toilet-paper flinging shows. The other hometown boys Manchester Orchestra were less on the punk, and more on the rock, but still catered to their hometown Atlanta crowd with an emotional slamming rock and roll performance, that was not only special for the crowd, but especially special for lead singer Andy Hull; it was the first performance witnessed by Hull’s baby girl born in July of last year, he told the crowd.

As far as the festival’s lone Philly band goes, Dr. Dog put on a great set as well. The band played crowd favorites such as “Lonesome,” “The Breeze” and “Heavy Light,” all before ending with “Heart It Races,” an architecture in Helsinki cover. The band not only made Philly proud, but several other Georgia locals told me they were impressed with the bands set. Whenever I told people I was from Philly, the typical reaction was something along the lines of: “Oh Dr. Dog’s from Philly! I saw them and loved their set!”

However, the thought of The Black Lips and Manchester Orchestra made me realize how many awesome bands come from Atlanta. There’s also Blackberry Smoke, The Black Crowes and The Indigo Girls, who all hail from The A, as the locals call the city. But we’re forgetting somebody. The South is all about southern rock and folk you say? Clearly you’ve never heard of MASTODON, the only sludge metal band to play the predominantly indie-rock festival. “We never though we’d be invited here,” said bassist/singer Troy Sanders. Looking at all the other bands in the lineup, Mastodon may have been a bit of a head-scratcher, but booking them for the festival turned out to be a pretty great idea after all. Their set was easily one of the craziest of the festival, and attending their show allowed me to mosh my way up all the way to the front of the stage, where I stayed for the next hour and a half after Mastodon’s set waiting for the most anticipated performance of the festival, and Friday’s headliner. Eventually 9:30 hit and it was show time. But the band was nowhere to be found. 9:35 comes. The band still doesn’t arrive on stage, but after five continual minutes of the crowd chanting, the lights dim, the intro music begins to play, and out come The Strokes. They opened their set with “Reptilia” to warm up the crowd, before giving way to “Welcome to Japan,” and then another oldie but goodie, “Barely Legal.” In fact The Strokes played a lot of older songs during their set, including “You Talk Way Too Much,” “Someday,” and “Automatic Stop.” The final two songs of the set were “Last Nite” and “Take It Or Leave It,” but eventually the band would come back for an encore, which consisted of “Vision of Division,” “Is This It,” “Hard to Explain” and “New York City Cops” to close out the night. But day two was just as good, with standout performances from hipster megastars Neutral Milk Hotel, Social Distortion and The Bronx, whom I have never heard of before the festival. In fact, I didn’t plan on seeing The Bronx, but while I was walking to Social Distortion’s set from Neutral Milk Hotel’s set, I heard blisteringly awesome punk rock coming from the Buford Highway stage, Shaky Knees’ only indoor stage. I stopped in to see the band after only hearing a glimpse of them walking by, and wound up hanging off of the railing for the entire second half of the set, which was absolute chaos. Lead singer Matt Coughthran jumped into the crowd for at least a song or two, and I tried as best as I could to snap a few pictures of the craziness as best I could. Luckily, however, I didn’t quite have this problem for Wilco, who was masterful in their set, which included hits such as “I Am Trying To Break Your Heart,” “Jesus, Etc,” “One Wing,” and “Impossible Germany” – which was the best performed song of the night featuring and even longer and more drawn out guitar solo than usual from mastermind guitarist Nels Cline.

Unfortunately, staying at Wilco for so long meant that getting a good spot for that night’s headliner, The Avett Brothers, was impossible. I mostly watched their set from all the way in the back, but didn’t stay for long. I love The Avett Brothers, but an eight-hour proved to be too tiring to stick around for their whole set, and I ended up walking back to my hotel room before the night was over. Day three had its fair share of great performances as well; Best Coast and Ryan Adams stood out in particular. However, if you were getting a tad bit bored of the indie rock and needed a quick change of pace, Sunday was the day for you. Preservation Hall Jazz Band played early on in the day, and proved to be one of the best and most refreshing acts of the festival. Indie rock is great and all, but sometimes you just get in the mood for something different, and the PHJB, did just that. Another change of pace was Trombone Shorty & Orleans Ave. who busted out a variety of catchy trombone-based jams throughout their set, including a brass version of Green Day’s “Brain Stew.”

But still, the highlight of night three was Tame Impala, who absolutely blew everybody’s minds. The set consisted of fan favorites such as “Mind Mischief,” “Be Above It” and “Elephant,” getting the crowd jumping, crowd surfing and sweating. I got kicked in the head approximately six times by crowd surfers throughout the performance, but it was worth it. Tame Impala was the perfect band to end a perfect festival, and given 2014’s amazing Shaky Knees lineup, which featured Alabama Shakes, Modest Mouse, Spoon and The Replacements, it looks like Shaky Knees might have just hit the point of ‘Elite Festival Status.’ If I were you, I would mark next year’s Shaky Knees dates down on your calendar. You won’t be disappointed. 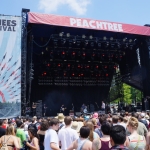 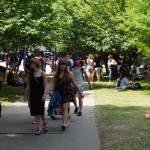 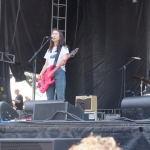 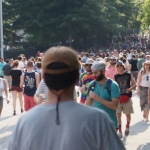 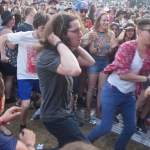 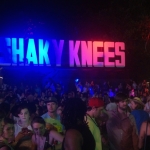 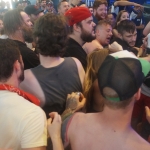 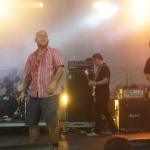 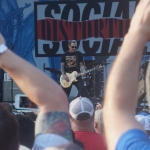 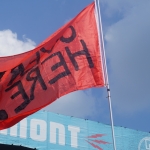 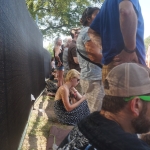 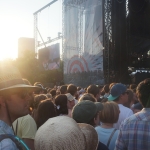 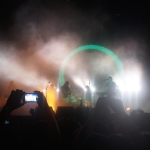 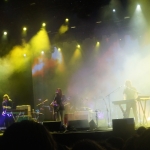 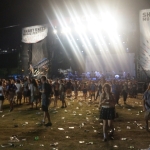