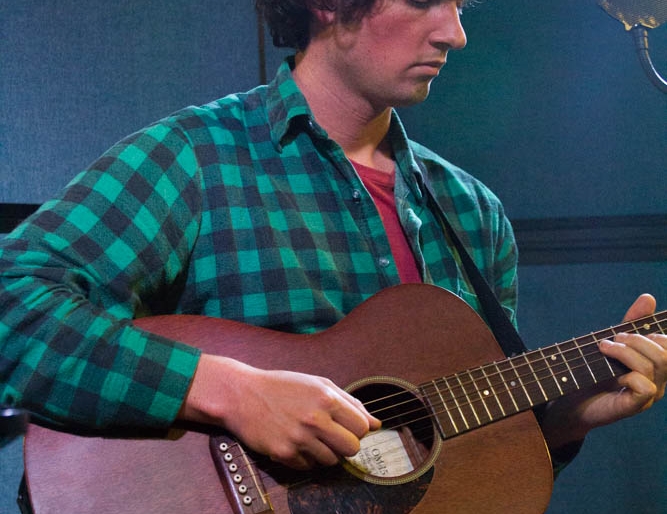 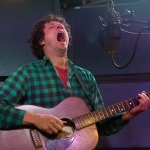 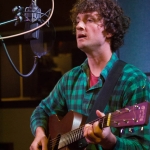 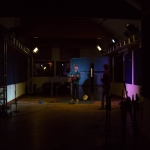 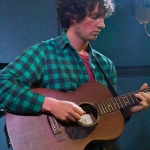 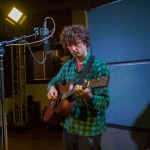 I could easily spend hours of your time talking about this week’s Folkadelphia Session featured artist Sam Amidon, but, as usual, I’d rather just let the music speak for itself. However I will talk briefly about how Sam Amidon became one of my favorite musicians.

I knew something extraordinary was going on as soon as I heard Amidon’s second LP All Is Well and that feeling has not departed. The songs Amidon picked and presented to the listener are mostly well known in the folk music world – for instance, how many versions of “[Pretty] Saro” have you heard? But if you can’t call Amidon a superior songwriter (as most of his songs are renditions), you must title him an unbelievable interpreter and translator of folk tradition and music. Amidon has the unique ability to make these old songs sound both timeless and bubbling with life and renewed imagination. Songs like “Saro” or “How Come That Blood” (as heard on his 3rd album I See The Sign) are so rich in texture, buzzing with so much creativity, fraught with so much emotion that now, well into my thousands of repeated listens, I still feel entirely moved. Hidden in there too is a bit of trickery (which also feeds his live show). Of course all of this speaks to Amidon’s powers of curation, picking these brilliant ballads out, but also to his musical abilities and his deep understanding of “folk tradition.” One must not forget about all of his collaborators too. From the magnificently playful arrangements presented by composer Nico Muhly, to the contributions from singer-songwriter Beth Orton (who, by the way, Amidon is married to), to the painterly picking of legendary guitarist Bill Frisell, just to name a few, Amidon knows how to incorporate complimentary voices as well as foils to his own artistic process. The listener is both entertained and challenged. You hear sounds and songs both familiar and fantastically foreign. What a trip!

Another component of Amidon’s genius is in his performance persona. You can hear touches of it here in our Folkadelphia Session, but I highly recommend you see him live and in person to witness the full effect. The shows are something like droll and irreverent stand-up comedy meets a confused storyteller meets extremely skillful playing (usually jumping from one instrument to another). It’s difficult to capture here, but during a show Amidon might tell you about his published book of tweets, he might interrupt his songs with Jimi Hendrix-esque shredding on his banjo, he might also talk about Jimi, sometimes a lot. In the handful of times I’ve seen him play, it’s always very entertaining (and some might say curious).

In more ways than one, Amidon makes you think differently about folk music traditions. He’s not afraid to play with your conception of these songs and the people are supposed to sing them. Lucky for you, Sam Amidon is playing World Cafe Live on June 23rd.