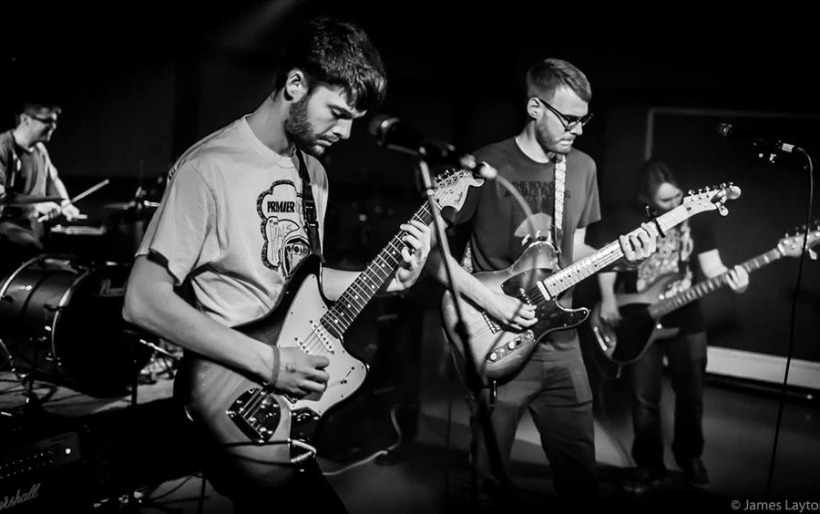 Indie/emo quartet Eunoia, hailing from Bucks County, PA, are gearing up for a record release show on June 27 at the Mulberry Hills Farm located in Telford, PA. You can check out more info about the show on the event’s Facebook page. The show is in support of the band’s debut LP, Traces of Blue. The band will be selling physical copies for $7 at the concert, but you can get a digital version on their Bandcamp page now. Also appearing on the bill are Sonnder, Church Girls, and Nathan Earl & Rachel Joy.

Originally the solo effort of Tyler McMaster, the lead vocalist and guitarist enlisted the help of Adam Kelly (guitar), Logan Freund (bass), and Tom Brucker (drums) to create Eunoia. The word “eunoia” means a positive state of mind, or beautiful thinking, and the band hopes to evoke that in their music. With influences ranging from Coheed and Cambria, You Blew It!, Thrice, and Circa Survive, Eunoia emit a positive blend of emo indie that can appeal to a wide audience.

The band plans on playing multiple gigs in the Philadelphia and New Jersey area this summer if you can’t catch them in June. In case you need any extra incentive to go, Church Girls just recorded a killer Key Studio Session, so Eunoia heads what looks to be a phenomenal lineup at the Mulberry Hills Farm.