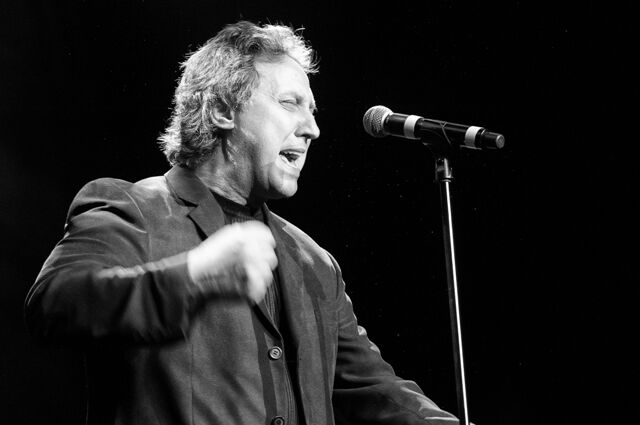 Under normal circumstances, a jazz festival might not seem like the most appropriate occasion to celebrate the 40th anniversary of a Bruce Springsteen album. But the Exit 0 Jazz Festival happens in New Jersey, and in New Jersey Bruce Springsteen is right for every occasion. And the album in question is Born To Run, which essentially qualifies as an extra gospel in the state.

So on May 29, South Jersey-based vocalist Paul Jost will perform his jazz reimagining of Born To Run in Cape May Convention Hall as the headlining event of the first night of this year’s Exit 0 Festival. Jersey or not, in Jost’s hands the music of the Boss’ most iconic album will actually sound like jazz. Jost, a veteran arranger who has worked in a variety of contexts – as a music director in Atlantic City casinos, as a musician for commercial jingles, and as a composer for major music libraries – has decades of experience under his belt molding music to fit any number of situations.

“As a journeyman arranger, you can be given a lot of different tasks,” Jost says. “Every few months I’d be asked for dramatic orchestral music or country or techno. Whatever it was, I loved diving into different things, exploring, and finding out what this stuff is about, which has been part of my whole make-up as a musician.”

A more personal side of that make-up was on display last week at City Hall, where The Jōst Project performed as part of the afternoon “Jazz in the Gallery” series. The quartet, actually the brainchild of vibraphonist Tony Miceli but named – over his objections – for the singer, draws a large part of its repertoire from the classic rock songbook. On that Wednesday lunch hour, a moving vocalese rendition of jazz guitar great Jim Hall’s “Waltz New” was followed by a bossa-fied version of the Beatles’ “And I Love Her” and a blues-rooted rendition of Ashford and Simpson’s “I Don’t Need No Doctor,” featuring call-and-response backing vocals from the audience. The set also included a tender read of the folk classic “Shenandoah” and a rhythmically intricate “In-A-Gadda-Da-Vida.” (Below, watch them cover Donovan at World Cafe Live last year.)

While Jost counts himself a fan of Springsteen’s music, he doesn’t consider himself a devotee. He worked with his friend, arranger and composer Barry Miles, to create new arrangements for a stellar band featuring Miceli, pianist Jim Ridl, John Swana on EVI and trombone, bassist Chico Huff, and drummer Anwar Marshall. With neither guitar nor saxophone in the band, Springsteen’s chugging riffs will necessarily be transformed, and when Jost sings “Then the big man joined the band” on “Tenth Avenue Freeze-Out,” there won’t be a Clarence Clemons-style sax line in response.

“I’m not an authority on Bruce, but I really love his lyrics and I’m a Jersey boy,” Jost says. “Bruce has done so much for music, he’s a great songwriter and a great humanitarian and I love the energy he puts out. I think we’ve honored his music. I try to take a different slant or viewpoint on the lyrics or present the story in a slightly different way than you might have already heard. But you’ll know what the songs are – they’re not so abstract that you won’t recognize them.”

The idea for the Born To Run performance came instead from festival director Michael Kline. Speaking before last year’s spring festival about founding Exit 0 in place of the defunct Cape May Jazz Festival, Kline explained, “Cape May is different than the other shore towns. It doesn’t roll up its sidewalks after Labor Day. It really is a year-round town and has much more to offer than just the beach. So I was excited about putting my own stamp on the festival and doing it in a different way.”

That includes concepts like Jost’s Born To Run show, but also explains the heavy presence of New Orleans jazz artists on the festival bill. While he was born in Reading and grew up spending summers in Cape May, Kline lived and worked in New Orleans from 1992 to 2005. This year’s line-up includes the Rebirth Brass Band and Big Easy royalty in the person of Dr. John, who headlines on Saturday night.