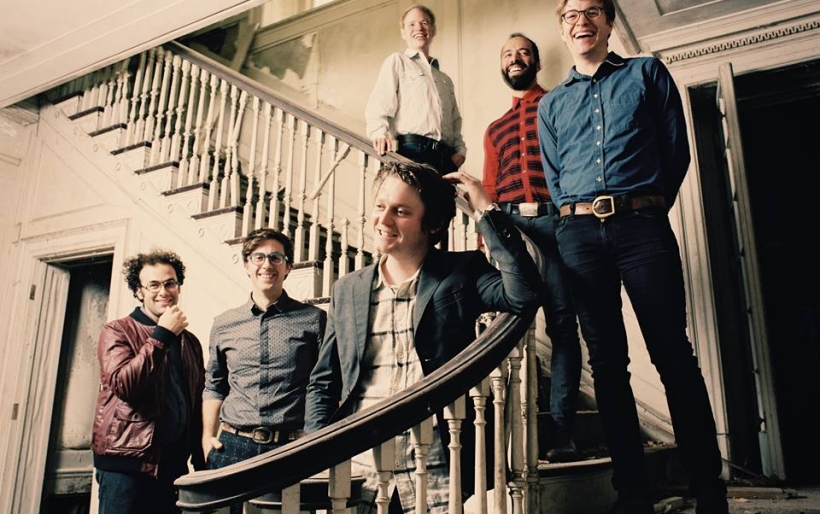 Beirut | photo via The Windish Agency

Beirut | Zach Condon | Photo by Shawn Brackbill
It’s been four year since the release of the last album by Beirut, The Rip Tide.

The musical project of Zach Condon, Beirut releases their long awaited follow up, No No No on September 11th (4AD). Finding a new love sparked the creativity and songwriting that went into the making of No No No. With Condon’s bandmates Paul Collins (bass) and Nick Petree (drums), they worked on the new album in the Fall of 2014, finally recording it in two weeks, live in the studio. The album will be supported with a tour in the States and Europe starting this month through November. Beirut makes a stop at the Tower Theater on November 6th.

Last year in June, videos of Beirut playing several new songs appeared online from a show they played at Brooklyn’s Northside Festival. One of those songs is “No No No”, the title track to the nine-song collection. It’s a jaunty, syncopated playful tune, with a simple, yet anthemic melody. The horn arrangements bring depth to the song’s spirited repetition. It’s undeniably Beirut, and a joyful welcome return.