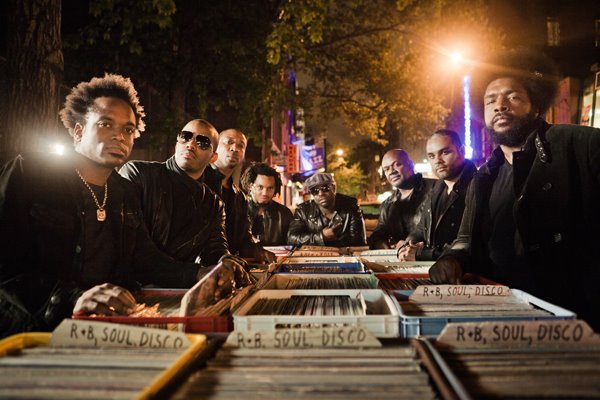 The Roots | Photo via Facebook.com/theroots

The Philadelphia Music Alliance just announced the Philadelphia Music Walk of Fame Class of 2015. Highlighted honorees involve the likes of hometown heroes such as The Roots, Harvey Holiday (of 98.1 WOGL fame) and previously announced Billie Holiday. The induction ceremony will take place along the Avenue of the Arts on October 26 and the festivities will be concluded with a special gala event.

The inductees have a combined 16 Grammy Awards – and even a Tony Award nomination – among them. The aforementioned inductees, such as The Roots and Billie Holiday, have been staples in the Philly music scene for many years. While most know The Roots as the backing band for Jimmy Fallon’s The Tonight Show, The Questlove-led hip-hop band has released 11 studio albums and is responsible for three of the 16 Grammy Awards won by this group. Although not always recognized as a Philly music artist, Billie Holiday was born in Philadelphia, yet started singing in Harlem. The jazz singer recorded 12 studio albums during her career and has had five singles and an album inducted into the Grammy Hall of Fame.

The complete list also includes Asleep at the Wheel frontman Ray Benson, 80s glam metal band Cinderella, Disco legends The Trammps, and Broadway’s Original “Annie,” Andrea McArdle. The Philadelphia Music Alliance (PMA) is honoring the CAPA Foundation the Educational Award for their outstanding work in keeping arts and music in local Philadelphia high schools. The PMA is also honoring Frank Giordano with the Platinum Award for his outstanding contribution to the Philadelphia music community. Frank has worked extensively with the Philly Pops and the Philly Youth Orchestra.

This is the 16th Walk of Fame since the PMA’s inception back in 1986. More information about the event will be forthcoming, and you can check out the PMA website for further details. In the meantime, check out some reasons why these artists will be inducted in October.