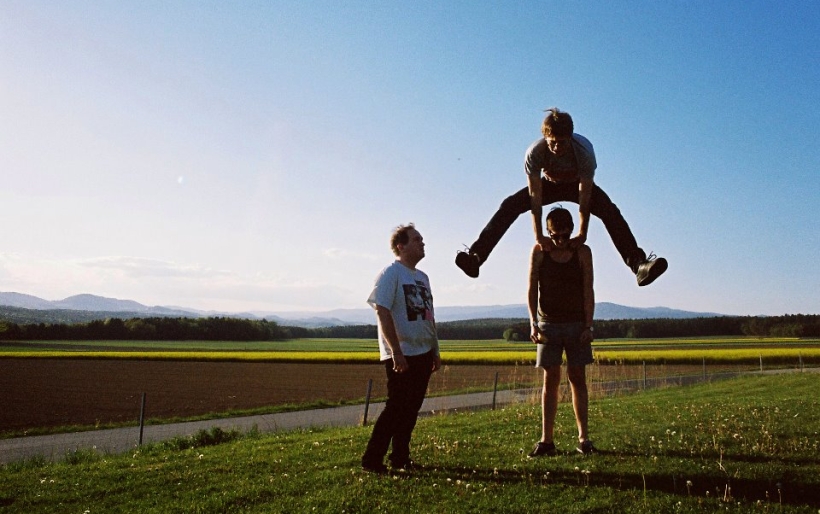 After a brief three-or-so year hiatus, West Chester pop-punk/emo act Spraynard is firing on all cylinders once more.

Drummer Patrick “Dos” Ware’s stint with NONA, as well as guitarist/vocalist Pat Graham’s projects Adult Braces and Martin, have come to an end for the foreseeable future. That means all three members are back full time, and they’re releasing their third album Mable on July 10 via Jade Tree. The album is now up for pre-order.

One thing Spraynard has perfected is never taking life too seriously. Not even their hiatus could change this attitude, as the new single proves. Graham comes out swinging with the line “I am every person that you ever ignored/I am the flaming bag of dog shit on your porch”. Before you have a chance to comprehend the silliness of this line, the song kicks into full-on pop-punk glory.

The single, despite its lyrical content, is a refreshing, cheery preview of what’s to come this summer. It’s sure to be a jumpy, head-bobbing staple of their set. Put it on a cassette tape, jam it in your stereo, and party like it’s 1999!

This is the second single released from Mable. The band released the first single, “Bench”, in April. While it’s a far more reflective, mature slow-burner, it still features Graham’s signature kiddish wail, as well as some fantastic heavy-hitting musicianship.

Spraynard is embarking on tour this summer with some heavyweights in the scene right now, Jeff Rosenstock (of Bomb the Music Industry) and the power-pop supergroup Pet Symmetry. Both artists released phenomenal records this year.

Jeff Rosenstock’s playful punk rock delivery peppers his new album We Cool?, and let’s be real – it won’t take this album long to grow on you. If group chants and catchy choruses are what you love, don’t sleep on this record.

Pet Symmetry is what happens when you pack three emo superstars in a room together. Led by the unstoppable Evan Weiss of Into It. Over It. and Their/They’re /There, it also features Dowsing’s Erik Czaja and Mountains For Clouds’ Marcus Nuccio. Their debut full length Pets Hounds is 10 tracks of sweet poppy puns.

Read an uplifting interview with Spraynard over on NOISEY. Pre-order Mabel here, and take a look at all the tour dates below. They’ll be rolling into Planet Trog on June 26 and PhilaMOCA on July 19.

& = w/ The World Is A Beautiful Place And I Am No Longer Afraid To Die, Soda Bomb
^ = w/ Dogs On Acid
* = w/ Dan Andriano in the Emergency Room, Jeff Rosenstock, Pet Symmetry