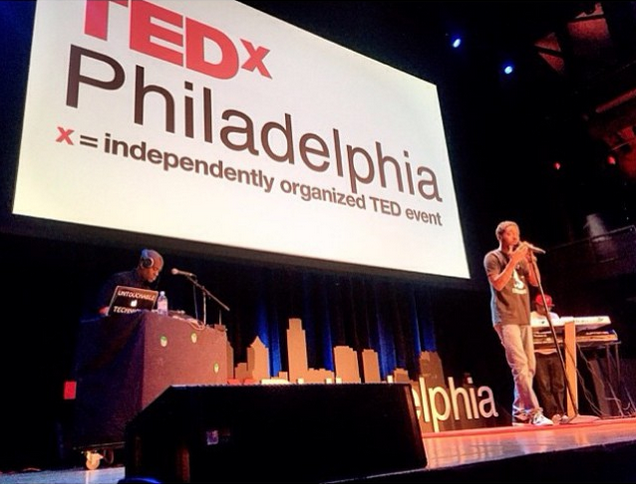 Chill Moody at TedXPhilly | via Instagram https://instagram.com/p/34RPD1nEe6/
Last Thursday, was TedxPhiladelphia, held at the Temple Performing Arts Center. The theme for this year was “And Justice For All,” and a range of speakers presented on a variety of topics that, according to the TedXPhilly site explored “the ideal of equality, social equity, and economic justice which is at the root of this country’s founding and its enduring and evolving identity and value.” During the day long gathering, one of the two musical guests was rapper Chill Moody, who performed “We’re Worth More.”

During his performance, Chill was accompanied by DJ Ricochet, and Eugene “Man Man” Roberts on keyboards. Chill just released his album with Wes Manchild, TV Made Me Do It.

Below, watch a video of Chill’s performance, shot by Meredith Edlow.