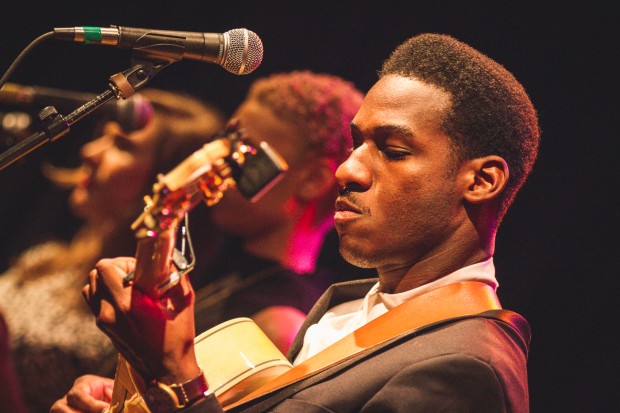 R&B and soul singer Leon Bridges, who dazzled us in May with his performance at WXPN’s Non-Comm has announced a tour with a stop at Union Transfer. Bridges, who releases his debut album, Coming Home, on June 23rd, plays Union Transfer on Saturday, October 17th. Tickets go on sale Friday, June 19th at Noon.

Bridges has been garnering a lot of well deserved acclaim for his timeless, soulful sounds on songs like “Coming Home,” “River,” “Lisa Sawyer.” Listen to his new album in its entirety here.

Below, watch the video for “Smooth Sailin’.”