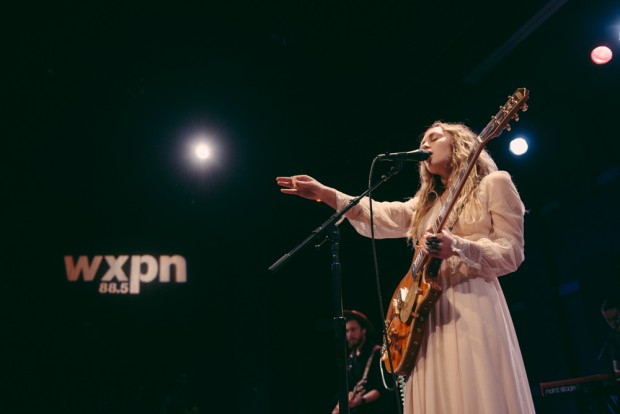 The Firefly Music Festival starts this Thursday and goes through Sunday. Over 100 bands spread out on six stages will seek love and admiration from audiences crammed into Dover, Delaware. We’re psyched for the headliners – Sir Paul McCartney, The Killers, Morrissey, The Killers, and Snoop (as long as he brings the hits and stays clear of that new album). We’re equally excited to see Run The Jewels, Hozier, DJ Mustard, Sylvan Esso, Citizen Cope, and Spoon. The bill is stacked with the requisite one hit alt-rock newbies (um…) that the crowds likely won’t pay attention to until the band plays “the hit.” But below the headliners and mid-level artists playing, there’s a lot of gems.

Here are ten artists playing Firefly that you shouldn’t miss.

1. Zella Day (playing Saturday)
We promise Zella Day is your next big crush. She’s got big pop songs, an over the top voice and a sound that’s wise beyond her teenage years. At her powerful Free At Noon in May, she and her band knocked our socks off with her confidence and hooks.

3. Raury (playing Sunday)
Raury made his Philly debut at the Roots Picnic several weeks ago, and his set was one of the highlights. The almost out-of-his-teens R&B and hip-hop influenced singer, songwriter, and rapper just released a new single, “Devil’s Whisper,” that’s one of the most compelling new songs we’ve heard.

4. Betty Who (playing Saturday)
A lot of it started with Spencer’s Home Depot Marriage Proposal, however – viral video or not – Australia’s Betty Who takes a similar electro-dance-pop route as Ellie Goulding and Robyn have and spins it on her own pop perfection terms.

5. Borns (playing Sunday)
The number one question we need to ask about BORNS at this point is: Why isn’t his song “Electric Love,” one of the hottest songs of the Summer? Beats us. Make sure you see him. At WXPN’s Non-Comm in May The Key’s Cameron Pollack wrote: “BORNS blew the minds of everyone…. His falsetto is unparalleled, even androgynous, and his grooves stood somewhere between the dance beats of MGMT and the dreaminess of Beach House.”

7. How To Dress Well
How To Dress Well’s Tom Krell explores experimental R&B. Pitchfork had it right when they said “his 2010 debut Love Remains didn’t sound like anything else and still doesn’t.” HTDW uses R&B and hip-hop to inform Krell’s moody and classy music. Since his debut, which collected many of the songs he originally put out for free online, the singer-songwriter released Total Loss in 2912. On his excellent 2014 release, “What Is This Heart?”, Krell continued to refine his craft with a collection of slow burning, warm and slithery indie-pop/indie-R&B songs.

8. The Hunts (playing Thursday)
The Hunts are an indie-folk band that’s easy to like. The Chesapeake, Virginia-based band is made up of seven brothers and sisters who’ve been playing music together almost their entire lives, and run it straight down the Lumineers/banjo-era Mumford line with their singalong harmonies and catchy tunes.

9. Lettuce
After Kings of Leon wrap up their Saturday night big rock throwdown, after you take in a few moments of the always fun Steve Aoki, head over to see Lettuce, a mind blowing funk band made up of members of Soulive.