The HillBenders give The Who's Tommy the bluegrass treatment 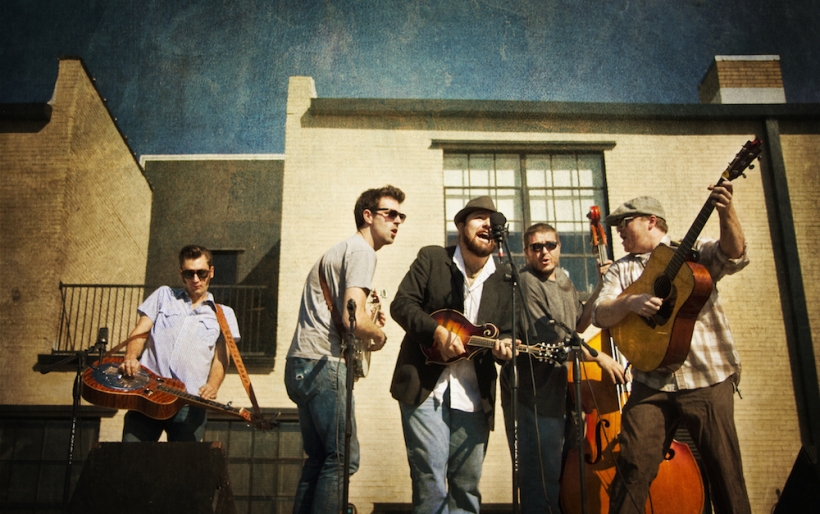 The Hillbenders | Photo courtesy of the artist

The HillBenders give The Who’s Tommy the bluegrass treatment

“Welcome to the camp, I guess you all know why we’re here/My name is Tommy, and I became aware this year.” These familiar, iconic lines are from “We’re Not Gonna Take It,” by The Who from Tommy. But as familiar as those lines might be, sung by the great Roger Daltry, they take on new meaning sung by The HillBenders on their new song-for-song cover of the rock classic, Tommy: A Bluegrass Opry.

The award winning Springfield, Missouri bluegrass five piece will be performing their take on Tommy tomorrow evening, June 17th at a free show at Valley Creek Park in Malvern. The band including Nolan Lawrence (mandolin and lead vocals), Gary Rea (bass), Jimmy Rea (guitar), Mark Cassidy (banjo), and Chad Graves on dobro, have been together since, The project was conceived by musician/producer Louis Jay Meyers of the Folk Alliance International, and it was debuted last February in Kansas City at the Folk Alliance conference.

The band has been on a whirlwind tour, and when they played Nashville, they had a chance to meet Pete Townshend this past May after The HillBenders played the legendary Station Inn. The account went something like this:

The band chatted briefly with Townshend after The Who’s performance at Nashville’s Bridgestone Arena on Monday. Townshend said he first heard about The HillBenders’ Tommy project in the UK, where a buzz is starting to build about both the upcoming album and band’s live performances of the project. “Pete said he’s seen the videos from Tommy that we’ve done – and then he asked who sang ‘Acid Queen,’“ said The HillBenders’ Nolan Lawrence, referring to a song that is heavily identified with Tina Turner, the artist who performed it in the 1975 film version of the album. “When I raised my hand, he jokingly jabbed, ‘With a beard like that?!?’”

Below, watch the band perform “We’re Not Gonna Take It/See Me Feel Me.” If you can’t make their show in Malvern tomorrow night, they’ll be back at the Philly Folk Festival in August.