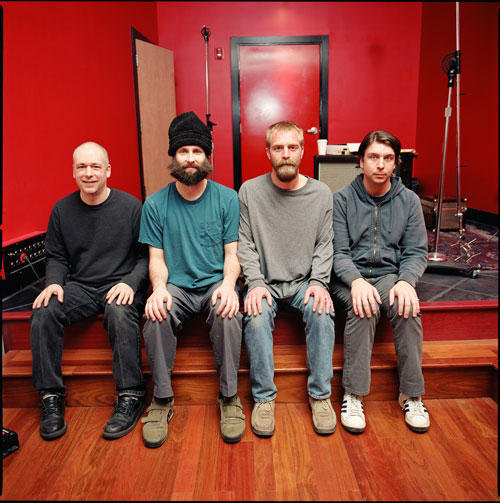 Built to Spill | Photo via Facebook.com/builttospill

Indie rock legends Built to Spill have announced two tour dates in the Philadelphia area. The Boise natives visit The Chameleon Club in Lancaster on September 22nd before performing at Union Transfer on October 2nd. The band is touring in support of their eighth album, Untethered Moon, which was released back in April.

UntetheredMoon is the band’s first release in six years, but you wouldn’t be able to tell judging by the sound. It finds the band picking up right where they left off with There is NoEnemy, but with a revitalized vigor. Doug Martsch’s proficiency in building overlapping indie guitar riffs is virtually unmatched, and their latest LP proves to be their strongest in years. Stalwarts in indie rock for more than the past twenty years, Untethered Moon shows that Built to Spill is not going anywhere.

Tickets are now available for both The Chameleon Club show and the Union Transfer show, visit the XPN Concert Calendar for more information. You can get the latest album on their website, on iTunes, or stream it on Spotify. Plus check out the hilariously bizarre music videos for “Living Zoo” and “Never Be the Same” below. (You wanna watch them in order, trust me.)