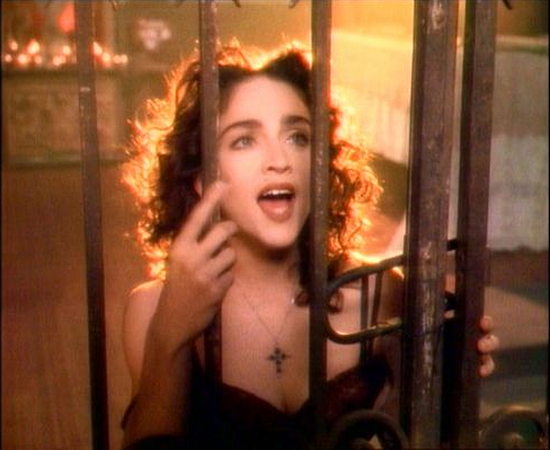 This weekend, WXPN’s DJ Robert Drake is celebrating the music of the 80s in a big way. Beginning at 10 a.m. on Saturday and continuing at 10 a.m. Sunday, Drake will host the #AwesomeXPN 80s weekend, a marathon playback of every single number one hit from 1980 to 1989. While you might be inclined to think “total dance party” – and while there are totally danceable songs on his playlist – the mix might just surprise you. There are songs that hold up as bona fide classics, songs that have aged more (shall we say) comically, and many songs that are a little bit of both. Like this one. If you want to peek at the playlist, well, there’s Wikipedia for that. Or you can just tune in and be surprised. Either way, here is a roundup of ten songs I cannot wait to hear on the XPN airwaves this weekend.

Not usually associated with the decade since Off the Wall is so sonically 70s, but Michael Jackson’s “Rock With You,” released in 1979, did not go to number one until January of 1980. With this song plus eight other number ones, Jackson had more chart toppers than anyone else in the decade – hence the nickname “King of Pop.”

Few artists are as quintessentially 80s as new wave icons Blondie: “Call Me” was their first number one of the decade.

For ten weeks between November 1981 and January 1982, Olivia Newton John’s “Physical” ruled the top of the charts. It was number one longer than any other song in the 80s. I’m sure that’s due in no small part to the music conjuring up a visual of sweaty, ripped dudes exercising in a gym from this video.

David Bowie had a lot of hits in the 80s, but only one number one. It was a killer, though: it’s hard to argue when he tells you “Let’s Dance.”

Another quintessentially 80s song and one of the best examples of the moody, somewhat goth-tinged synthpop of the decade is Tears for Fears’ “Shout” from their breakout record Songs from the Big Chair.

Confession: I have never actually heard Falco’s novelty hit “Rock Me Amadeus.” I know it was ubiquitous for a minute in the wake of the film Amadeus and its success at the Oscars, but I somehow escaped the 80s without it ever crossing my listening path. I’m more inclined to think of Dr. Zaius when it’s mentioned. I didn’t even listen to it when I grabbed the YouTube embed just there. I kind of want to just be surprised when Robert plays it this weekend.

Speaking of novelty songs and films, The Beach Boys’ “Kokomo” from the Tom Cruise flick Cocktail will make you want to play the bongos like John Stamos.

A good song is a good song, regardless of nostalgia or trends or production trappings of any given era of the music industry. The Bangles’ “Eternal Flame” is a really, really good song, and went to soundtrack many a couples’ skate at The Palace (and everywhere else, for that matter).

Madonna was second to Michael Jackson in terms of number ones (7), but if any of her songs from the decade deserves to be placed into a time capsule and shot into space so that other civilizations may learn more about us, it would be “Like A Prayer.” With powerful music and a powerful video, this hit endures.

Okay, okay. Laugh. Get it out of the way. Sure Rob and Fab didn’t actually sing. Yeah their dance moves haven’t aged well. The music at Milli Vanilli’s core is pure infectious pop; fun and uplifting, total jams. Robert is going to wind down the weekend with three of their number ones from the ill-fated Girl You Know It’s True; “Blame It On The Rain” is my fave. Plus, it appears the video was shot in the same factory as Madonna’s “Express Yourself” video. See? Everything’s connected and it’s all going to be a blast. I’ll be listening (and singing along) with you this weekend.