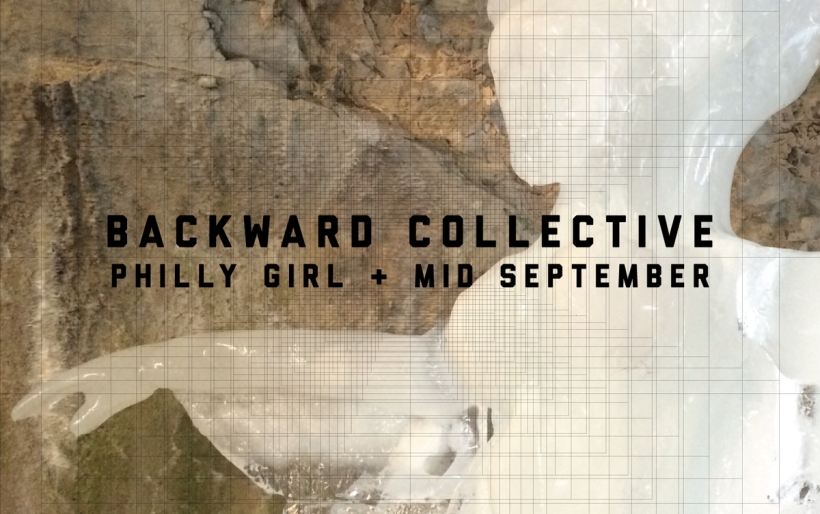 On their new single release, Backward Collective have hit the nail on the head in terms of subtly psychedelic singer-songwriter music. “Philly Girl” and b-side “Mid-September” are nuanced and wonderfully produced; you feel yourself being washed-over with the psychedelic elements rather than saturated, leaving the songs steeped in the early morning moments when you can’t quite tell what’s in your dream and what’s real.

The Philly group is a true collective, anchored by Mount Airy-based musicians Jason Presley and Adam Headrick and featuring various collaborators for each project. For these tracks that group includes Amy Pickard on vocals, Steve Rossiter on Keys and behind the board, Ramon Monras-Sender on bass, Derek Smith on drums and Rosie McNamara-Jones on Violin.

Lyrically, the songs follow a theme of grasping for something just out of reach. They are nostalgic and filled with a longing for something that’s gone, and even though they are trying to call that something back there’s an underlying understanding that it could never be the way it used to be.

Listen to the pair of songs below and dig into the band’s back-catalog here and here.