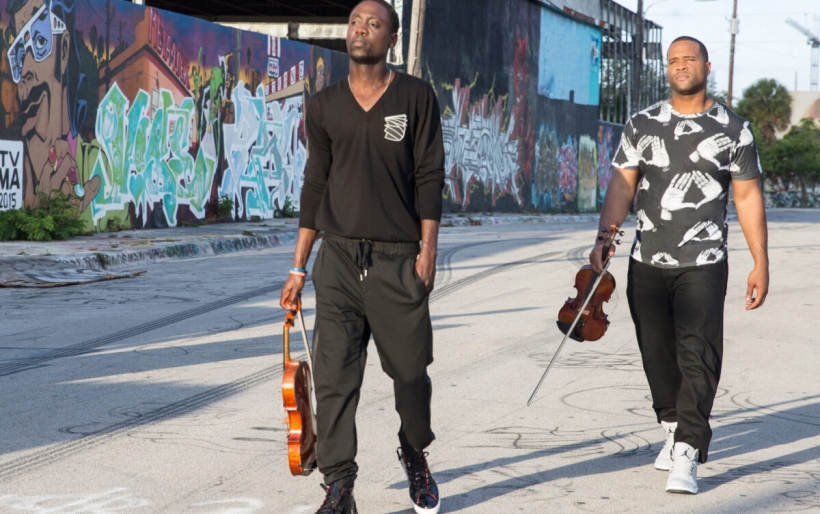 Following an incredible performance on the Parkway with The Roots this 4th of July, we got some news about Philly MC Black Thought – he is set to be featured on the upcoming album Stereotypes by modern classical duo Black Violin. The album features big time musical guests aside from him, including legendary MC Pharoahe Monch, keyboardist Robert Glasper (who has collaborated wit The Roots and appeared on Kendrick Lamar’s To Pimp a Butterfly), as well as singers Kandace Springs (from Ghostface Killah’s 36 Seasons) and Melanie Fiona, who appears on the song “Send Me A Sign” with Black Thought.

The album is due out September 18th, and Black Violin will also be hitting the road for a series of summer and fall tour dates, accompanied by a drummer and turntablist. They will play Levitt Pavilion in Bethlehem on Saturday, July 11th.

Consisting of violinist Kevin Marcus Sylvester and violist Wilner Baptiste, Black Violin formed in Fort Lauderdale, Florida, and have collaborated with prominent artists such as Wu Tang Clan, Linkin Park, and Alicia Keys. In case you need any more convincing on these guys’ pedigree, they performed at President Obama’s second inauguration in 2013. Now set to release their debut under the direction of Eli Wolf (who produced The Roots and Elvis Costello’s collaborative LP Wise Up Ghost), their racially empowering debut is destined to turn heads with their unique sound and positive message.

Get a taste of Stereotypes with the single “Invisible,” featuring Pharoahe Monch, and get more information on the Bethlehem show at the XPN Concert Calendar.