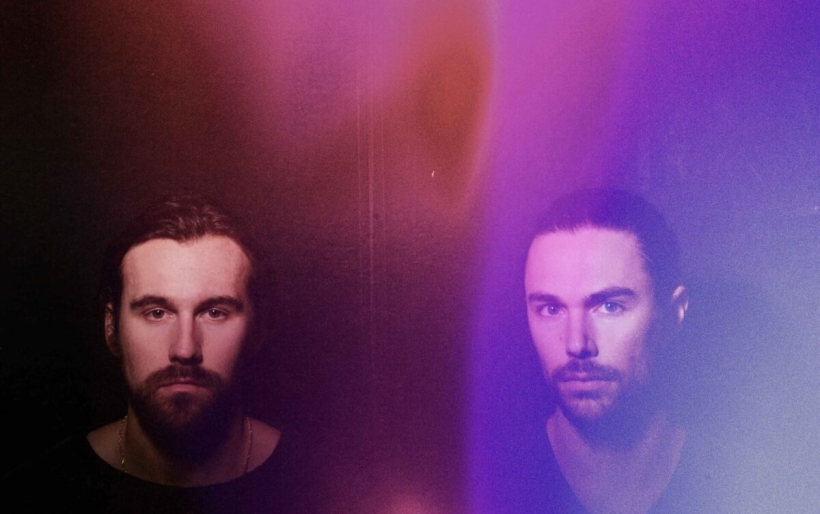 Boston, MA duo Tall Heights have just released the video for their latest single “Horse to Water” ahead of their highly anticipated performance at Philadelphia Folk Fest (tix at the link) a month from today. All the band’s recent activity comes on the heels of a phenomenal show they put on at MilkBoy Philly back on May 28th. Aside from the upcoming Folk Fest show, the band is playing at Milkboy again on October 7th with Portland, OR duo Shook Twins.

Consisting of Tim Harrington and Paul Wright, Tall Heights employ a collection of acoustic guitar, cello, and electronic drums, reminiscent of contemporary indie folk giants like Justin Vernon and Fleet Foxes. Touring on the heels of their 2013 sophomore effort Man of Stone and in anticipation of their upcoming EP Holding On, Holding Out, the Boston natives have been performing at halls, lounges, and festivals all across the country. Paul describes the method behind the writing for the new song:

“Horse to Water is an odd sort of love song, written in a moment of despair for the only person who could make me feel better.  Our friends at Persistent Productions captured this video at the beautiful Shalin Liu, which abuts the ocean in Rockport, Massachusetts. We had spent the daylight hours shooting a different song, but as night fell we decided to draw the curtains and do a few takes of this darker song before wrapping up. So glad we did.”

You can catch the intriguing folk duo at the Folk Fest next month, or you can grab tickets to their next show at MilkBoy. Their music is available on their website. As for the new video, check that out below.