She Got It: Lee Mazin talks about climbing the Dreamchasers ranks and making the perfect summer jam - WXPN | Vinyl At Heart 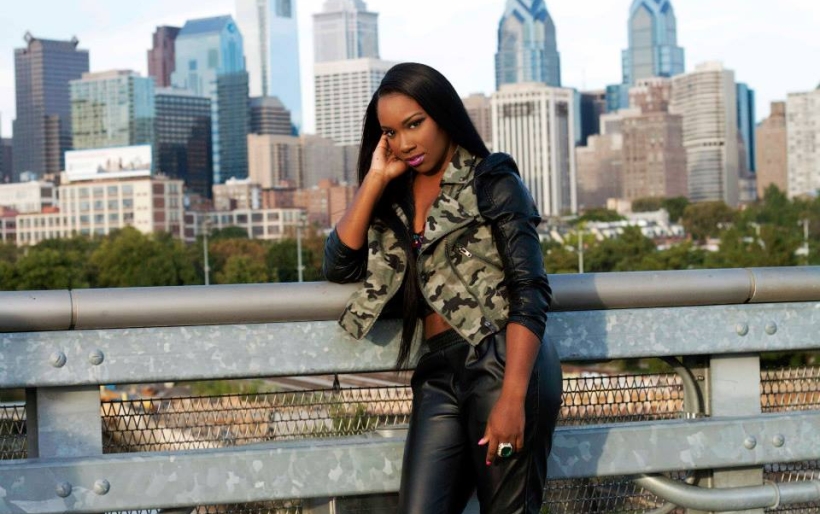 She Got It: Lee Mazin talks about climbing the Dreamchasers ranks and making the perfect summer jam

First Lady of Meek Mill’s Dreamchasers camp, Lee Mazin has emerged along with artist like Tink, Angel Haze and Nitty Scott MC as being the new guard of women emerging on the national hip-hop scene.  Much like the other artists mentioned, Lee displays a distinct sound all her own.  Cunning and witty with a rawness in her flow that can only come from her Philly roots, Lee’s newest anthem “She Got It” is just about ready to blow up and be her biggest single yet – it’s perfect for the summer.  Luckily I got a chance to briefly talk with Mazin and discuss working with her mentor Meek, along with her own music and what’s coming up in the future.

“We were all in the studio recording it.  It was one of the hottest beats out and we just laid down our verses one by one.  There’s always friendly competition when you’re with those guys, you want to push everybody as far as they can.  We would joke about whose verse was better but it’s all fun and games.”

On how she linked up with Meek:

“I actually knew him from before I was doing music, we were always around the same neighborhood.  When I started doing music he was a big supporter, he respected my grind and what I had going on.”

On her latest project No Love Lost:

“I recorded In a couple places for that, it was a mixture of everything. A lot of the stuff I was going through I kept catching myself saying in my music.  It all related to the current situations with friends, family, and relationships.”

On single “She Got It” and next project:

“I’m actually working on something now, my main focus is getting my music out there and linking up with some dope producers.  I’m definitely dropping an EP at the end of the year so ‘She Got It’ will be the first single off that.  I don’t have any dates on when that EP would drop though.  I want to put some stuff out there for the people, it’s coming soon.”

With her new single “She Got It” already making a splash in the streets of Philly, Lee is well on her way to reaching new heights and new fans.  Check out the song below.