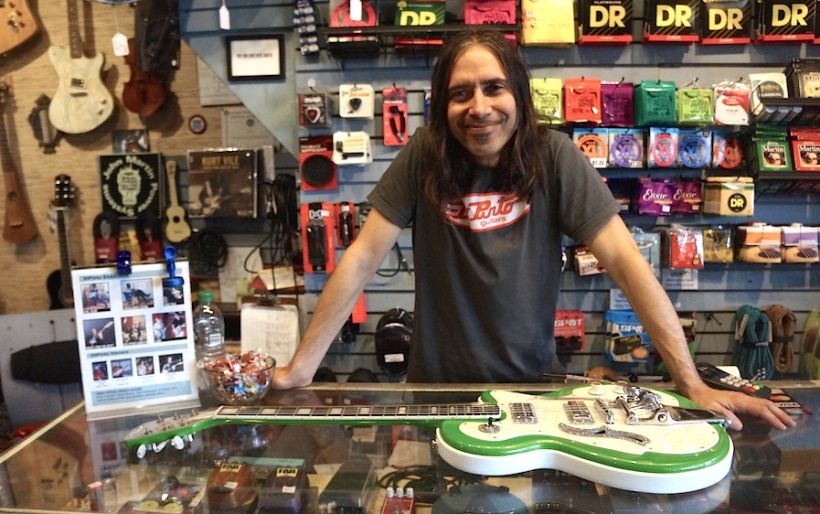 From the opposite side of Girard Avenue, DiPinto Guitars looks just like any other store in Fishtown. You’d never guess it’s somewhat of a tourist destination for many big name guitarists.

“So many famous people have been in here,” says Chris DiPinto, the company’s founder, owner and designer of all DiPinto brand guitars. J Mascis, Richie Havens, and Earl Slick, who played guitar for David Bowie throughout much of his career, are just a few of the names that have patronized DiPinto’s store. A few other big names have stopped by, which DiPinto was less familiar with. “Oasis was in here. After they left somebody told me it was them. And I was like ‘oh, I don’t even know those guys,'” DiPinto says. However, he’ll never forget the phone call from the voice that said “This is Rick Nielsen.”

“You don’t know how many calls I get from friends that are like ‘This is Neil Young,'” explains DiPinto. “And he was like ‘No, this is really Rick Nielsen and I want to come into your shop.'”

The backstory is that DiPinto had scored backstage passes to the Cheap Trick show in 1997 in Camden. He mustered up the courage to talk to Nielsen, who’s known for his vast and outlandish guitar collection, and informed him about his guitar company. After Nielsen was shown a few pictures, he was hooked. He kept the business card DiPinto gave him, and wound up inside the shop during the band’s next Philly date on the following tour. But this was just one of many building blocks of DiPinto’s rise: there was The War on Drugs’ Adam Granduciel name-dropping DiPinto during his episode of rig rundown, there’s the Galaxie 4 winning an Editor’s Pick award in Guitar Player Magazine, there’s Jimmy Vivino, guitar player in Conan O’Brien’s Basic Cable Band, who breaks out a DiPinto on set from time to time, and of course there was was the Belvedere Deluxe on the alternate cover of Kurt Vile’s Smoke Ring For My Halo.

“Kurt started coming into my guitar store when he was 14. He bought one of my amps,” DiPinto proudly proclaims. “To see him starting to get famous, you’re like aw man, another Philly band that’s going to fizzle out, but it’s like whoa! This is awesome! Kurt’s thing is making it!”

But what really made Chris DiPinto get into making his own guitars? “My heroes were Eddie Van Halen, Randy Rhodes, and Brian May,” he says. “Each one of them made their own guitar, or at least designed it. So I just figured that’s what you do, you just make and design your own guitars.” Chris DiPinto shows off his guitars | Photo by Tom Beck

However, DiPinto’s left-handedness didn’t make things any easier. “If you know anything about left-handed guitars, there aren’t many of them,” he says, noting that the limited availability of left-handed guitars didn’t leave him with many options to choose from. “Me, always having to play other people’s guitars upside down, I thought, well, I’ll make something that works for me.”

In the early-to-mid 90s, DiPinto played in an indie rock band called O Mighty Isis, with his wife Sophie. “Back in the day, that was the funniest name for a band,” he says, explaining that the group was named after a Saturday morning cartoon from the 70s (it would definitely have a different connotation today).

After playing shows with his homemade guitars, guitar players in the audience came up to him after shows and asked him where he got his guitars. After telling them that he made them himself, demand began to pour in. “People were coming up to me after shows going ‘how do I get one of those? Can you make me a guitar? I’ll pay you to make me a guitar,'” he says. “So I started taking orders at shows and then I was like ‘man I’ll quit my job and do this!'”

In 1995, DiPinto bought his first shop in Old City at the corner of Strawberry and Market, which is now a Campo’s. “In 95, there was nothing in that area…it was a pretty bad part of town actually.”

But that didn’t last long. “I think the people who owned the real estate realized that the prices were going to go up. So they just kept us in there to pay the mortgage basically, and then when they realized it was time [to cash in], they gave us a lease that was just mind-blowingly high,” he says. “It goes up to $3,500 from $850,” he says, reflecting the increase in Old City’s real estate value during that time period. Subsequently, DiPinto moved his store to Northern Liberties, where shortly after he was slapped with a disheartening case of deja vu: just like Old City, real estate in Northern Liberties took off, leading to a costly increase in rent the company couldn’t afford. “That day my wife – she’s the business mind of the whole operation – was like, we’ve got to go to Fishtown and we have to buy a place tomorrow.”

It wasn’t quite the next day, but soon after in about 2003, DiPinto found himself a store near the corner of Girard and Columbia in Fishtown – not exactly the nicest area of the city at the time. But this time he didn’t rent; he bought.

Not only did he buy his store, but he also owns four additional apartments above the store, which he rents out. “It was really hard to get a commercial loan,” DiPinto says. “No bank would want to deal with us – and that was before the crash. They always tell you that ‘oh, they were just handing loans out to anybody.’ Well they didn’t hand them to us!'”

Luckily for DiPinto, Fishtown took off just like NoLibs and Old City did previously. “We got lucky. It was our third strike,” DiPinto says. “I said ‘if we miss this place, that’s it. We’re not going to be able to do this.'”

But Fishtown is growing, and so is DiPinto Guitars. “My brand is getting a little bit bigger every year, [and] it’s tough to go up against Fender and Gibson being a small name company,” DiPinto admits.

However, DiPinto doesn’t see the guitar industry the same way Leo Fender or Orville Gibson did. “I think there’s really two types of guitarists: there’s one who just kind of uses a guitar as a tool, and then there’s people who just love looking at guitars,” DiPinto says. “That’s the type of person I am, and when those types of people see my guitars, they make a connection.” 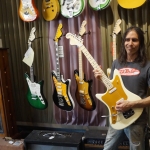 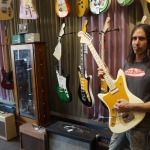 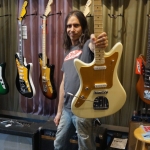 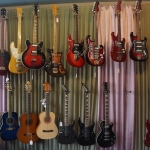 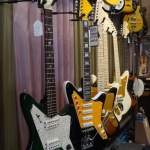 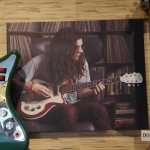 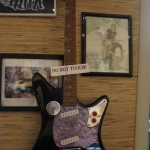 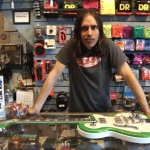 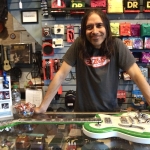 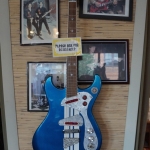 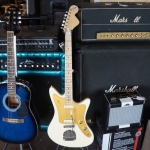 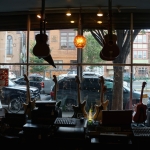 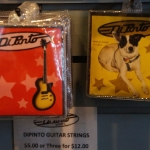 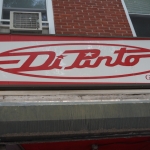 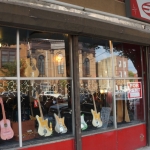 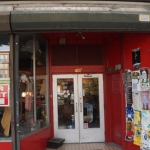