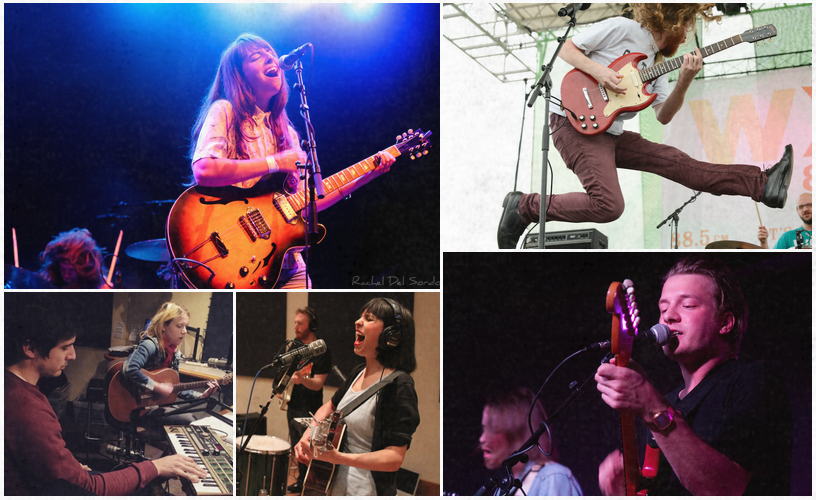 By Sarah Hughes
July 16, 2015
10:07 AM
Share
A few of the talented artists that make up Philadelphia’s alternative rock scene (Clockwise from top left: Hop Along, Cruisr, DRGN KING, Tutlie, and Vita and the Woolf)

Philly Music 101 is our regular series guiding you through the wonderful world of the Philadelphia music scene: all of its passionate, loving participants, from artists to venues to studios and more.

The complex web of artist that make up Philadelphia’s amazing music scene can be difficult to categorize. Ask any musician, and they probably won’t want to be pigeonholed as purveyors of any single type of music, but sometimes genre communities are an easy step towards understanding and digging deeper into the well-rounded scene that we have today. With that in mind, Philly Music 101 is going to occasionally bring you genre spotlights – with the understanding that labels are of course limiting, and most of our fave musicians work outside the box.

The first segment of our genre spotlight will focus on Philly’s flourishing modern and alternative rock scene that has seen musicians advance their way from rock bar stages to major venues to the pages of Rolling Stone. 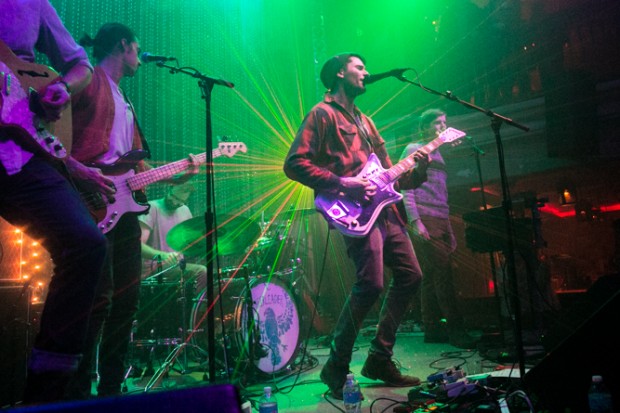 Localites Cheerleader have been recognized by Nylon and AXS for their hazy, 80’s-kissed indie rock and have now teamed up with international artists like The Wombats to pursue their musical futures. When speaking with AXS about their beginning in Philadelphia, they explained that the music network made it easy to begin the touring process:

“It’s like a community where you can tour anywhere in the world and you know someone from Philly who knew someone else from there. You find out that you have 300 mutual friends on Facebook and wonder how you never met.”

This was just the case with Wesley Bunch, whose distant, breezy take on indie-pop makes up the sound behind his project Suburban Living. Bunch explained that a lot of the scene’s success has to do with the welcoming mindset of the the community. After moving to Philadelphia from Virginia, he found a home in the Philadelphia alt rock scene rather quickly:

“I moved to Philly almost a year ago and I’d never experienced a music scene so welcoming and awesome.  I relocated my project Suburban Living (just me) to Philly from Virginia not really knowing anyone here….It blew my mind that this city has so many awesome, talented people in it, that within one month I had a brand new band and we all vibed really well.”

And Bunch isn’t the only one who has been so openly incorporated into Philly’s alternative music scene. Modern rockers Sonnder have reserved themselves a spot in the scene with their continuous work creating and releasing original new tunage. They have made it their project to put out a new single every month this year, showcasing their knack for making music and sharing it with the the local community. Lead singer Ryan Weidman explained that the alternative music scene works hard to support one another and create meaningful shows:

“Everyone knows or has heard of anyone who is working hard to push their art. In turn, a real sense of community is felt during shows, particularly the ones we put together ourselves. Everyone stays the whole time. Everyone connects. It really gives the audience a more authentic experience. If the artists are appreciating and inspiring each other, the crowd is going to tap into that vibration. We work really hard to build shows like that.” 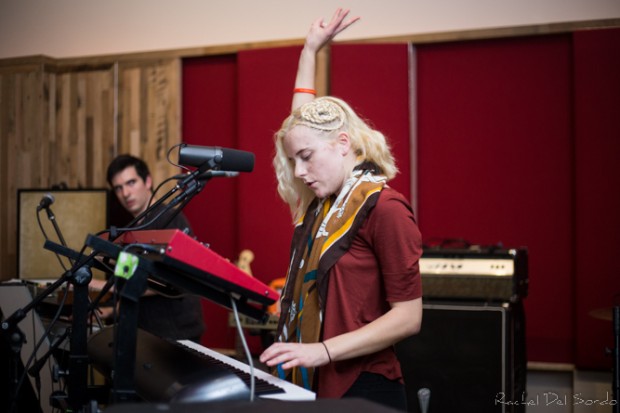 Vita and the Woolf | Photo by Rachel Del Sordo | racheldelsordophotography.com

This sentiment was echoed by Jen Pague, lead singer of the alt rock duo Vita and the Woolf, who have crafted a sound all their own. Pague utilizes her haunting vocals to transmit raw emotion through their music while drummer Adam Shumski provides the percussive backbone for the twosome. The sound the band has created is even more infectious in their ongoing live shows around Philadelphia. Pague weighed in on why the scene excites her, saying:

I really like that there’s a community of artists and musicians who like to support each other….There are so many awesome bands in Philly who are supportive enough to throw shows in their basements or backyards for bands on tour.

And this is not to mention the dozens of other bands that continue to make our alternative rock scene one-of-a-kind. Local rockers DRGN KING took home the Indie Band of the Year Award at the annual Tri State Indie Awards this year and continue to pump out solid tunes that are stick in your head. Art rock collective Tutlie have also stayed prominent in our local alternative scene by creating fresh, reflective songs that carry over into their live sets and are able to fill the room with their emotive music. Lead singer Jessie Radlow explained that not only have they gained fans from the community, but they have also become fans of local artists from the scene:

We’ve become such tight-knit supportive fans of bands we’ve seen or performed with and vice-versa. The music always comes first, but the community is a close second.

Of course, we also have the high-level success stories we hear of local groups like indie pop rockers CRUISR, whose upbeat indie pop rock has gained them national attention. They have received multiple nominations for their unique, animated music video for their hit single “All Over”. The group only continues on its bright path, soon to embark on a tour with Young Rising Sons along the East coast.

And we couldn’t possibly forget Hop Along, whose music has achieved national acclaim over the past year. Although it’s difficult placing them into any one genre – like we said at the outset – they have been a prime example of how a band with enough drive, dedication and will can make it into the big leagues, even with a non-traditional take on rock. NPR has recently featured the group on their popular Tiny Desk Concert Youtube series and the group’s second LP Painted Shut received attention from larger music entities such as Pitchfork, Spin and Rolling Stone, who even gave them a well-deserved nod the other day by naming “Sister Cities” the fifth best song of 2015 thus far.

Tutlie’s Asher Brooks articulated how it feels to see these local bands from the scene get this kind of attention, not only to root them on but to perhaps brighten the light at the end of the tunnel for fellow local alt rock artists:

It makes everything seem possible, like the fortress seems a little less impenetrable. I think people nation and worldwide are starting to get a whiff of what’s been going on in Philly, and the great news is, they’ve really just scratched the surface.

All-in-all, it’s easy to see that Philadelphia has had a flourishing modern rock scene over the past few years that only continues to grow. The foundation is solid, and we’re excited for what lies ahead.