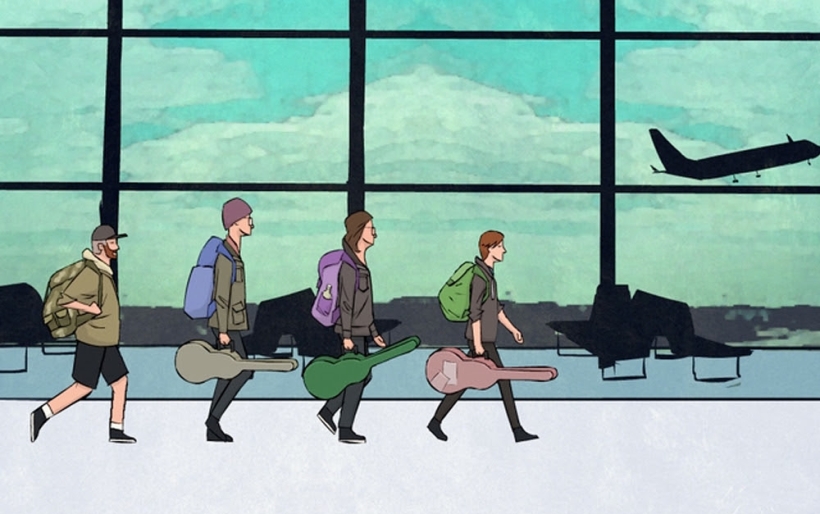 PUP gets animated | Photo courtesy of the artist

Toronto pop-punk upstarts PUP have taken the genre by storm with their perfect blend of aggressively catchy anthems. The band’s self-titled debut rules, it is currently on the Warped Tour lineup until the end of July, and just rocked Susquehanna Bank Center. The guys decided to bring to life some of their hilarious experiences on tour in a new animated video for the sixth single off their critically acclaimed self-titled debut.

“Dark Days” finds the band crossing the border between Canada and the US for various Warped Tour dates in an old beat up van, presumably a realistic depiction of how they’ve been getting around on this tour. On their adventure they play a mixture of packed venues and empty bars, getting extremely drunk in the process and meeting a variety of wacky people. The adventure becomes all the more funny as a cartoon.

In case you missed them at SBC, you can make a PUP-like road trip to either Scranton, PA or Holmdel, NJ to see them on their last leg of the Warped Tour. You can get tickets to those shows either at PUP’s website or the Warped Tour website (both links above). Not game for a road trip? No worries, you can just live PUP’s road trip vicariously through their “Dark Days” video below: