XPNFest Recap: Cole Redding gets the show started at the Marina Stage 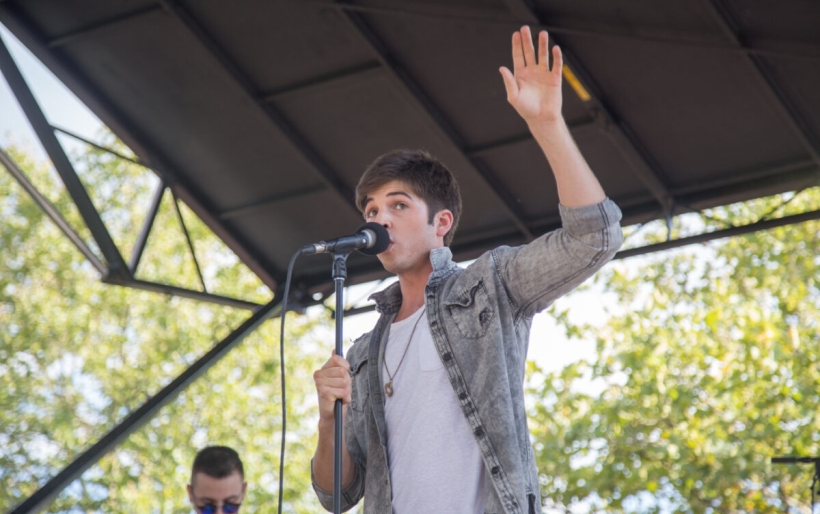 XPNFest Recap: Cole Redding gets the show started at the Marina Stage

Bringing a retro pop sound mixed with a bit of soul, Redding and his ensemble got things started off with a couple tracks from his upcoming debut album. “Running Into You” and “Take Me Home” were two takes of bluesy soul with Redding’s powerfully poppy voice dominating the performance. From there he jumped into a raucous cover of Brittany Spears’ ’98 throwback “Baby One More Time” before getting into more somber and slower parts of the album.

“Father Father” is a introspective take on Cole’s relationship with his father, while “Save Me” touches on some of the darker moments of his life. The young Philly native finished up the opening set with a song he co-wrote with Jon Bon Jovi, titled “Nothing’s Ever Gonna Be Right”. A blues romp with a jazzy instrumental breakdown, the song’s enlistment of Bon Jovi’s songwriting help provides for quite possibly the best track Redding performed on the day.

We previously featured Cole Redding on the blog back in October, when he covered the Beach Boys “God Only Knows” for the charity Children in Need. Although he did mention that the album is wrapped up and ready to go, Redding did not reveal a title nor a release date for the debut.

Listen to his performance below, and stick around, we’re just getting started here at Xponential Music Fest!