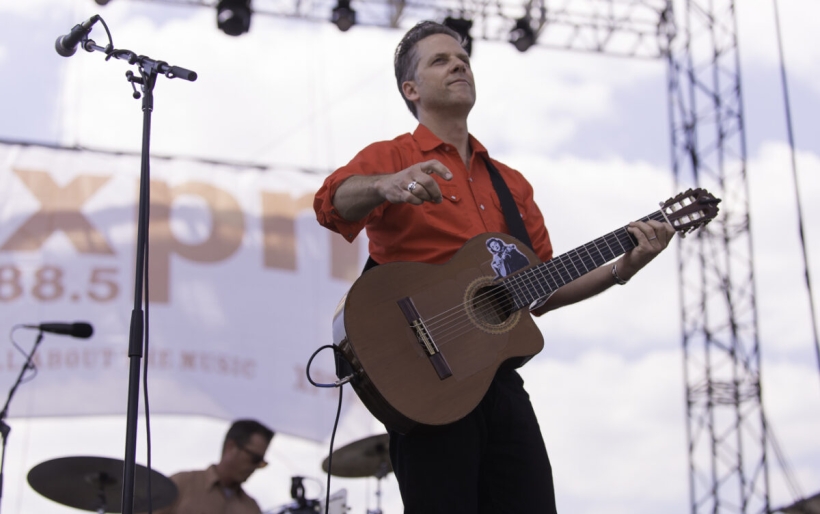 Calexico’s set included two new songs: “Quatro” and “When the Angels Play”, off their most recent release, April’s Edge of the Sun. They also reached back into their catalog, playing songs off older albums like Feast of Wire and Algiers. The huge seven-piece band included a wide range of instruments, like lap steel, vibraphone, and glockenspiel.

Some songs got the crowd clapping and dancing to the mariachi rhythms and horn playing of Jacob Valenzuela and Martin Wenk. Others were ambient and introspective, like “World Undone” and “Bullets and Rocks”. Calexico definitely brought a taste of Arizona to the festival this weekend.

Check out photos, videos, setlist and an audio archive below, and don’t miss the rest of our XPN Fest coverage all weekend!