XPNFest Recap: Hop Along heats up the River Stage 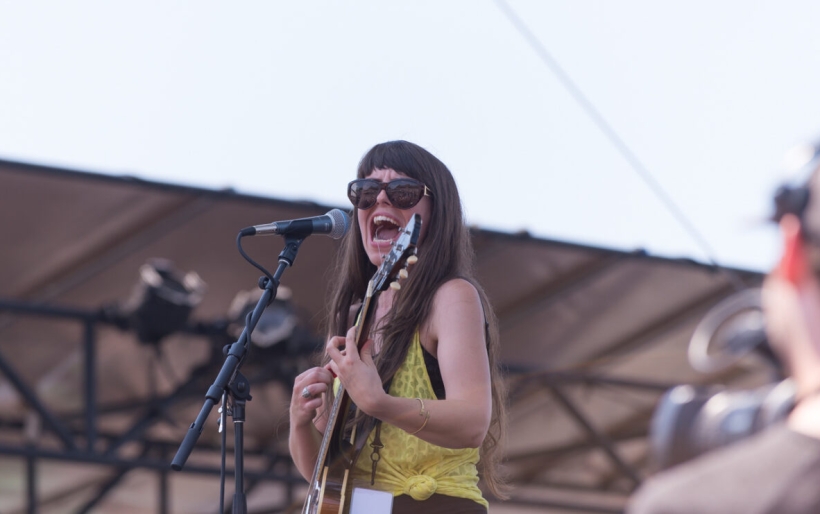 XPNFest Recap: Hop Along heats up the River Stage

On the heels of their May release of LP Painted Shut, Philly’s Hop Along played a killer set on the Wiggins Park River Stage to kick off #XPNFest day two.

Singer Frances Quinlan thanked the crowd for coming out early and began the set with tracks from Painted Shut, her gritty powerhouse voice shining against strong guitar arrangements and hammering drumbeats. Fans were super psyched to hear album favorites “Texas Funeral”, “The Knock”, and “Waitress”, as well as oldy-but-goody “Tibetan Pop Stars”.

They wrapped the set up with a fierce rendition of “Sister Cities” from Painted Shut – tas well as their Shaking Through session from 2013.

Check out photos, videos, and the setlist from Hop Along below, and stay tuned for more updates from the fest!