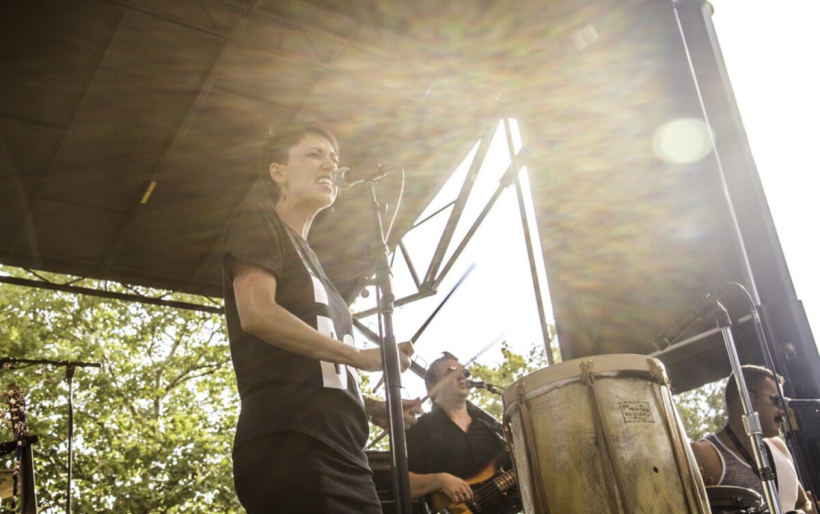 Chavez has been getting a lot of attention this year after releasing her sophomore LP Up.Rooted in 2014. She was named Austin’s 2015 Musician of the Year and earned Best Song, Best Album and Best Latin Band accolades from the city’s music awards.

Joined by a band that included a trumpet player, the set was a mix of American and Latin styles. A synth brightened up earthy opener “Fire Water,” while the Latin vibes began creeping in with follow-up “Like An Animal.” “Maiz,” a song from Up.Rooted that Chavez dedicated to the Latinos in the audience, was a low key but beautifully melodic song that played out like a song in a music box. A cover of “I Will Survive” and set closer “Siete-D” were the highlights, the latter featuring a Spanish rap segment in the style of the Beastie Boys.

Listen back to the audio here and check out photos in the gallery below.