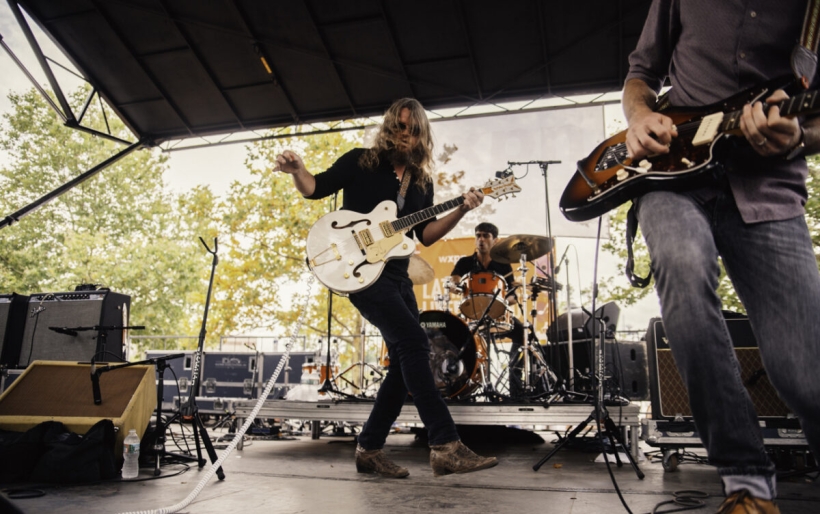 Alt-country rocker Israel Nash turned up the volume to 11 on the Marina Stage this afternoon. Nash and his band came all the way from Dripping Springs, Texas to jam in front of the XPN Fest day three crowd.

Nash is no stranger to songwriting. His debut solo album, New York Town, was released in 2009. It wasn’t until his second album that he decided to include the backing band that joined him today: Joey McClellan on lead guitar, Aaron McClellan on bass guitar, Josh Fleischmann on drums, and Eric Swanson on pedal steel.

His most recent album, Rain Plans, quickly became an NPR favorite and spread to other radio stations such as KEXP and our very own WXPN. In January 2015, Israel Nash was featured in a World Cafe session.

The band jammed their way through a ground-shaking set, including the songs “Woman”, “Just Like Water”, “Mansions” and the title track off the latest release.

Check out the setlist, photos and an archive of Nash’s performance below, and stick around for the rest of our final XPN Fest coverage!