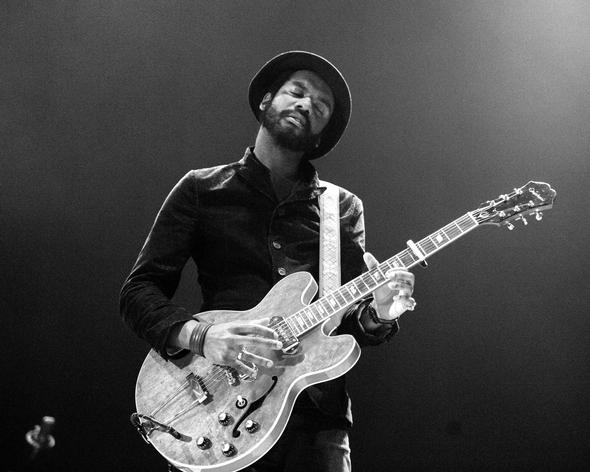 Listen to a new Gary Clark Jr. song, “The Healing” and see him at The Fillmore Philly in November

The Story of Sonny Boy Slim is the name of the highly anticipated new album by blues rocker Gary Clark Jr.. It’s the followup to his debut major label album, Blak and Blu, released in 2012. Clark wrote, produced, arranged the album, and played most of the instruments himself on the record which also includes his sisters, Shawn and Savannah Clark on backing vocals.

Since his debut, the superbly accomplished guitarist from Austin, Texas musician has established himself as a major go-to player, and he’s performed alongside some of the great all time guitarists like Eric Clapton, BB King, and Buddy Guy. WXPN listeners may recall when Clark played a Free At Noon in December, 2011 (listen here), and it seems like yesterday when he played the XPoNential Music Festival in July, 2011. Now, he’s returning with a made-in-Austin collection of songs that set the stage for the next level of Clark’s already pretty successful career.

Clark hits the road in August for a tour that stops in Philly where he is playing Fillmore Philly on Sunday, November 1st.

Below, listen to “The Healing,” from his forthcoming album.